Board goes for upgrades at Central School

Written May 17th, 2022 by Hasso Hering
Comments: one response. 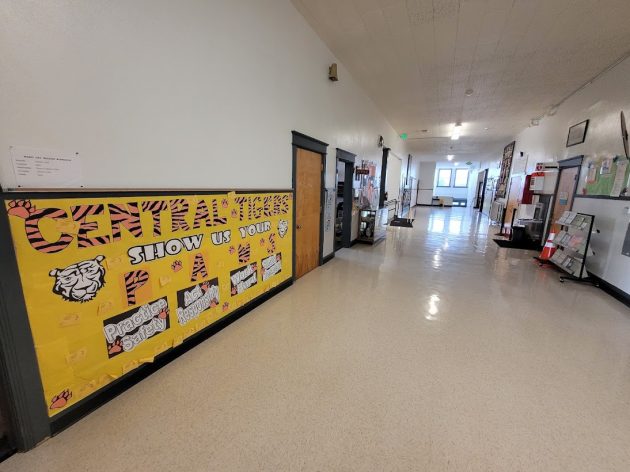 The Central School main hallway during the school day on April 20.

The historic Central School building in Albany will get upgrades in three major areas of concern, the board of directors of Greater Albany Public Schools has decided.

I stumbled on that decision when YouTube served up a recording of Monday’s school board session.

Central and Takena Elementary are considered sister schools. Built in 1915, Central has an enrollment of about 125 in grades 3 through 5.  And Takena has about 140 children from kindergarten through second grade.

Since last year, GAPS officials including the school board had been considering the idea of enlarging Takena so it could accommodate all grades, K-5, while closing Central as a regular elementary school and using it for other school programs.

On Monday, Superintendent Rob Saxton recommended against adding capacity to Takena. Instead, he recommended that the district go ahead with repairing three main deficiencies at Central by installing an HVAC system, enlarging the cafeteria, and raising the railings on the building’s ramps between the first and second floors.

These improvements are necessary, according to the superintendent, because no matter how the use of the building is changed in the future, there will be students attending school there.

The cost may be around $2.8 million, according to the superintendent’s rough estimate. The money will come from various federal Covid-relief funds the district received.

The heating, ventilation and air conditioning system would fix problems such as students getting scalded by hot radiators, windows having to be opened for ventilation, air purifiers making noise, and uneven heating throughout the building.

The ramps apparently have been a concern because their walls, or railings, are not high enough according to current safety codes.

Board member Roger Nyquist made the motion to upgrade the Central items, and the other members unanimously approved.

Monday’s school board meeting was dominated by other construction-related topics, including classroom additions at South Shore Elementary and what one board member called “obscene” price increases for planned modular classrooms at Waverly and North Albany elementary schools.

To get the details, find the meeting on YouTube and watch board members wrestle with these issues before voting to approve the added expense. (hh) 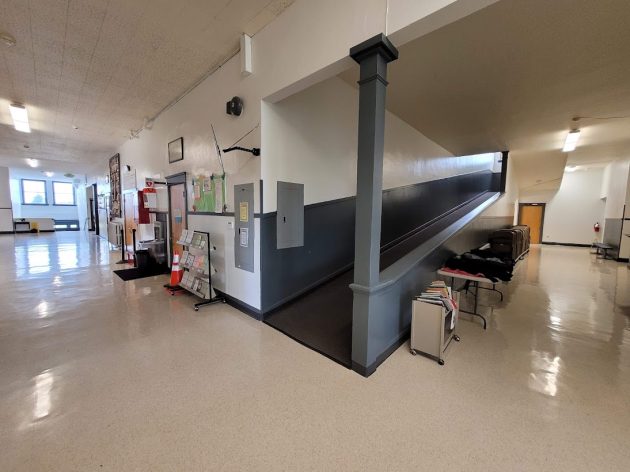 One of the ramps at Central School on April 20. The ramps are one of the things said to need fixing.


One response to “Board goes for upgrades at Central School”