Bill could help cyclists at lights 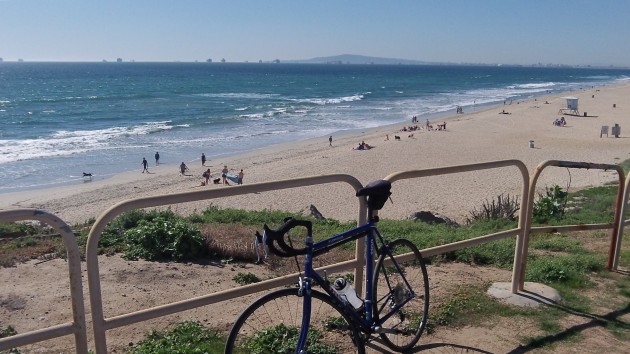 Not here, but in Albany traffic signals can be a problem for cyclists.

The Oregon Senate has passed, without dissent, a bill intended to help motorcyclists and bicyclists when they are stuck a traffic signals that refuse to detect them standing there. The House now has the bill, and it could do something to make it even more helpful before passing it too.

The problem is that the wire loops buried in the pavement at intersections don’t always detect motorcycles, and they sense bicycles even more rarely. So the riders sit there until they lose patience and go through the red light.

Fourteen states including Washington already have laws that allow motorcyclists to proceed at red lights, and 13 states allow the same for bicyclists, according to an analysis of the Oregon bill. These so-called “dead red” laws — an unfortunate phrase — allow cyclists to proceed through red lights if there’s no traffic and they have stopped for a set period of time.

Similarly, Senate Bill 533 would permit motorcyclists and cyclists to proceed through a red light, with caution, once they have come to a complete stop and waited for the signal to “complete one full cycle.” That’s the phrasing that made me scratch my head.

On Oak Street at Ninth in Albany, where on the bike I sometimes get stuck, the signal does not complete a full cycle when there is no car coming north on Oak. If the signal had completed a full cycle, there would no problem. So even though it is intended to be helpful, the bill as written would not help.

What the bill ought to say is that once a rider has waited at a red light that fails to detect him, he is free to proceed with caution when there is no more traffic approaching on the cross street. That’s what I do at that intersection now when the signal stays red no matter how long I wait.

It would be nice if before final passage the bill could be changed to account for the problem it is intended to solve. (hh)


4 responses to “Bill could help cyclists at lights”