Biking: No news is good news

If you’re waiting for something to happen in this short video, you are waiting in vain. Nothing happens. Which is the way we cyclists like it.

Cycling, that’s the theme here. I was riding my bike down Water Avenue, holding my phone. If I had been driving, using a phone to shoot pictures would have been illegal. But I don’t believe the ban on holding digital communications devices while driving applies to people on bikes. If I’m wrong, I’m sure someone will let me know.

This video lasts little more than a minute, but three cyclists figure in it: the guy holding the phone, and two others who probably were not riding for recreation. If there’s a point, it’s that riding a bike for transportation in Albany — for work, shopping or anything else– is not only possible, but maybe that it’s catching on. Even in dubious weather like Wednesday’s.

Imagine the possibilities if biking caught on in a big way! We might no longer need to worry about traffic congestion or spend millions in a largely fruitless attempt to prevent it. 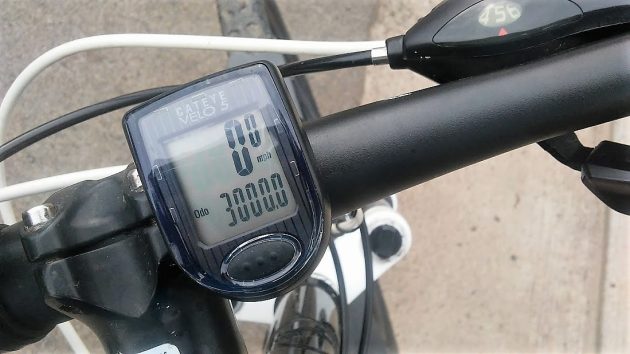 My bike computer, installed a year and a half ago, recorded a minor milestone Wednesday.

I’ve been riding my bike in and around Albany for years now, mainly for fun but also as a way to see some of what’s going on. When you see something from a bike, it’s easy to stop to take a closer look, far easier than to stop the car, turn it around and look for a place to park.

Also worth noting: Knife River has been working for a few weeks now on its Linn County contract to widen Riverside Drive from Albany to Meadow Road. Wider shoulders to serve as bike lanes will be one huge benefit when the job is done in June. So riding a bike for transportation, already possible and reasonably safe on city streets, will be made a little safer on that road as well. 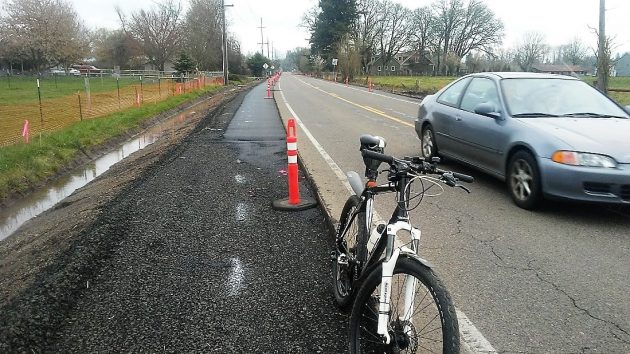 Wider shoulders are beginning to emerge on Riverside Drive just outside of Albany.


5 responses to “Biking: No news is good news”