Albany’s Periwinkle Bike Path has a new extension, thanks to Lowe’s. The path offers a shortcut of sorts, and I sampled it on Friday afternoon.

Albany has a system of 53 miles of bike lanes and nine miles of bike or “multi-use” paths, according to the Albany Bicycling Map. The newly paved path adds 0.14 miles to that system and runs between Periwinkle Creek and the eastern side of the new Lowe’s home improvement center at Oak Street and Ninth Avenue.

The path extends the Periwinkle route northward, making a straight shot to Ninth. That saves people coming from the south the trip around Lowe’s parking lot and past driveways on Oak and Ninth, or through the parking lot itself.

Why would people be going that way to a dead end on Ninth? Well, they can hang a right on the sidewalk and reach the shops and offices in the Periwinkle Plaza on the other side of the creek, or perhaps have to a meal at Arby’s.

Lowe’s constructed the path and the wall separating it from the back of its store. I didn’t come across any other path users Friday on that short stretch, but unfortunately someone had already left behind some trash.

As for the store itself, it looks as though it will be ready to open well before the city’s deadline of Dec. 31. (hh) 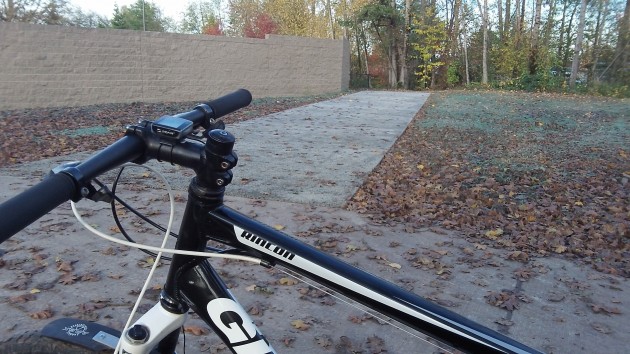