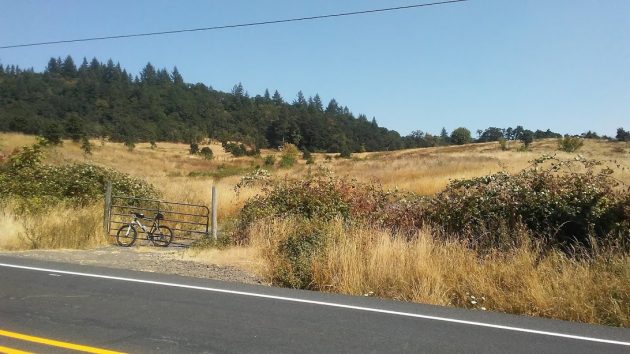 A Sunday bike ride took me past this hillside on the east side of Scravel Hill Road. Its owners would like to develop spacious home sites there, but a great thicket of city of Albany and Linn County land use regulations stand in the way, so far.

The development of the 34-acre site proposed by The Conser Group, an Albany real estate firm, envisions 37 lots averaging three-quarters of an acre each, arranged around a circular drive. The subdivision would have its own water and sewer systems constructed to municipal standards and governed by state regulations.

The problem? The land is outside the Albany city limits but inside the city’s urban growth area, an area called the “urban fringe.” It can be developed only if the county grants variances and conditional use permits, and only if Albany does not object to those permits.

Matt Conser and others of the development group have asked the city to raise no objections when they pursue their proposal with the county. But the city staff contends — in 16 pages of single-spaced text presented to the city council Monday — that the proposal is inconsistent with Albany plans, standards, and development rules. So, the city staff is against it, but whether to object is up to the council.

Mayor Sharon Konopa was outspoken against the Conser plan Monday, but the council did not reach a decision, though a majority seemed to be at least open to the development concept. Members suggested that the Consers come back with a response to the city staff’s objections.

If you’re up to an hour or so of land-use talk, you can listen to the discussion here. (The audio is of poor quality, though. It is marred by a lot of desktop noise, not to mention a failure to identify the speakers.)

In general, the staff objections were that this sort of development amounted to “sprawl,” with all the evils that the term implies. But when you look at the tightly-packed subdivisions that Albany zoning has encouraged on the flat farmlands inside the city, you’d think that bigger lots on an otherwise fallow hillside would make for a much more pleasant way to live. (hh) 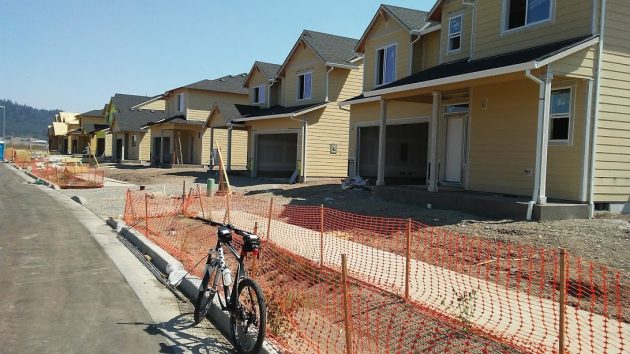 On Sagecrest Drive N.E., this is the kind of close-together housing that Albany city zoning favors.


9 responses to “Big lots in ‘fringe:’ City staff says no”