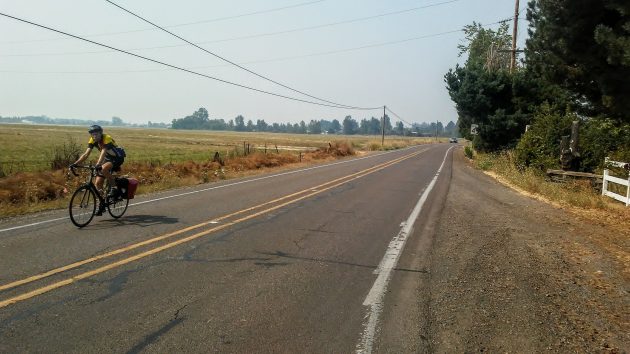 The widening will help motorists as well as cyclists like this one on Riverside Monday.

The Linn County Road Department  this morning opened bids for widening about 2.4 miles of Riverside Drive from Oakville Road to Meadow Road, a long-planned project that will make the road safer for both motorists and bicyclists.

Knife River submitted the lowest of seven bids at $1,904,190. “We’re happy with that,” county engineer Chuck Knoll told me.

The bids still have to be reviewed. With that done, the road department expects to recommend that the Board of Commissioners accept the low bid the day after Labor Day and a contract the Tuesday after that. Construction then can take place this fall on what amounts to Phase I of the project to widen all six miles of Riverside to Highway 34.

The section to be done first will be widened to 32 feet of pavement with two 12-foot travel lanes. That leaves 4-foot paved shoulders, wide enough for cyclists to be out of the way of passing cars and trucks.

Along some stretches of Riverside now, there’s no paved shoulder at all to the right of the white fog line, forcing bicyclists into the travel lane and motorists to cross the center line to go around them. At other points the existing shoulder is no wider than a man, leaving scant space for safety: 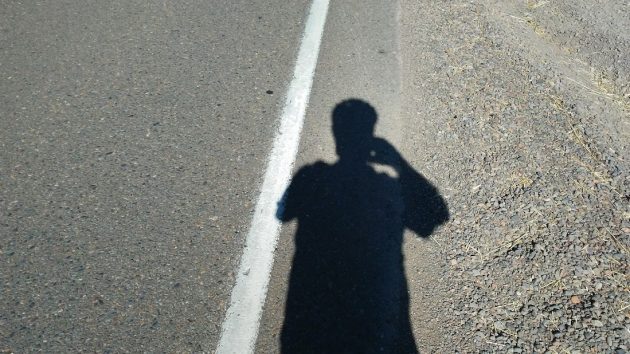 Linn County’s plan to widen Riverside was a key point in the justification for ODOT’s $1 million bikeway from Corvallis to Riverside along Highway 34, completed in late 2015. The 34/Riverside link is an alternative to the Albany-Corvallis bikeway in the Highway 20 corridor, which Benton County is still trying to build.

Once Phase I of the Riverside project is finished, Phase II presumably will cover the rest of the road to Highway 34. But most of that segment already has wider paved shoulders, so completing Phase I will make the whole of Riverside a safer route. (hh)