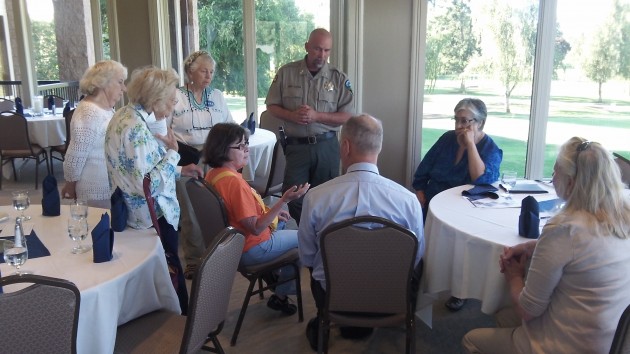 Not everybody is convinced that Benton County needs a new jail, even though it does. That’s the way it looks to me after a sparsely attended public “conversation” in North Albany Tuesday.

I counted 18 people as having signed in, and I looked at a handful of comment cards some of them left. Explore alternatives, one of them suggested. Albany residents already have to pay off a bond issue, another worried. Why doesn’t Oregon State expel students who have been arrested, one wanted to know, presumably on the theory that those people then would leave and not be a problem again.

One fretted about the expense of the meeting venue, the upstairs banquet room at the Albany Golf and Event Center. How much was it? The club charged $350, county public information officer Rick Osborn told me, and that included tables all set up with glasses of water, as well as counters with soft drinks and cookies. For a similar meeting elsewhere, Osborn said a Scout lodge was charging him more.

What about the jail plan itself? It would be a one-story structure with a capacity of 120 inmates. The present one, built in 1976 adjacent to the courthouse, is falling apart and can only hold up to 40, requiring the sheriff to send prisoners elsewhere to serve their sentences and sometimes just to be booked and held.

Here’s what else I learned as I hung around the meeting, munched a few cookies and chatted with county officials: Benton County is negotiating for a 15-acre property, a former mill site on North 19th Street in Philomath. The other potential jail site, near the Corvallis Airport, would cost far more to develop because wetlands would have to be dealt with, a road would have to be moved, and Corvallis systems development charges are higher than in Philomath. Both sites are within about 20 minutes’ drive from the Corvallis courthouse and law enforcement center, depending on traffic.

The county commissioners plan to examine the latest polling results and then decide whether to put a bond issue on the ballot for November. The likely amount would be north of $20 million. The decision to go ahead, or not, will probably come on Aug. 12 or 13. (hh) 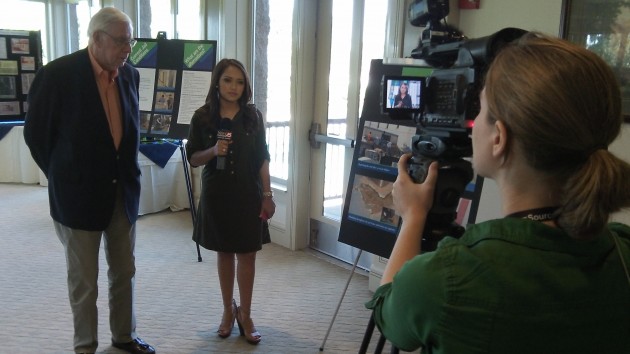 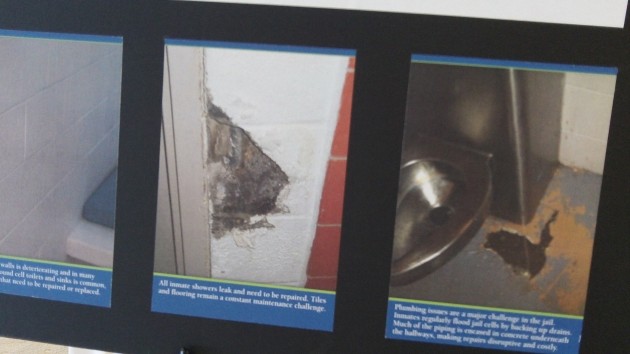 Display shows some of the Benton jail’s bad conditions.