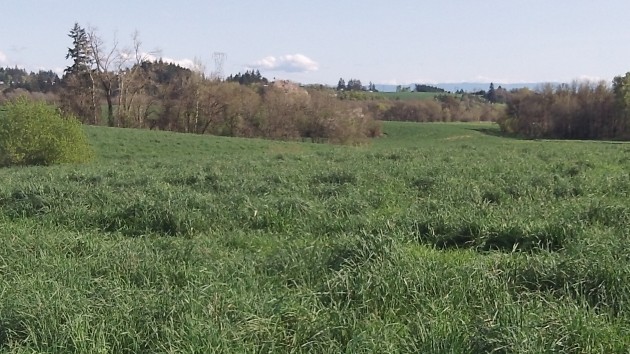 The countryside of Benton County, where an anti-GMO measure is on the ballot.

You don’t have to know anything about growing plants for seed to realize that Benton County Ballot Measure 2-89 is nothing but trouble. All you have to do is read the summary in the Benton County Voters’ Pamphlet.

You can read about the measure on the county’s website under elections, or you can wait for the pamphlet to show up in your mailbox later this month. The election will take place in May and end on May 19.

This initiative purports to ban genetically modified organisms (GMO) from Benton County fields and gardens. Considering that some countries have banned GMO products, local seed growers who export to those countries have a legitimate worry that their crops might be inadvertently contaminated. And if that’s all the measure covered, its merits could be defended.

Instead, though, the proposal tries to establish a series of “rights,” including the right to a “local food system,” a right to “seed heritage,” and the right of “natural communities” to exist and maintain themselves. Natural communities would include “terrestrial and aquatic systems.” Some of the opponents, who include the Benton County commissioners, the Farm Bureau and researchers at Oregon State University, surmise that this would attempt to establish that trees or other plants might acquire “rights” that private citizens could bring suit to enforce. As though we didn’t have enough trouble with environmental zealots on the legal front.

Another odd aspect of this measure is that it declares its provisions would be superior to any state and federal laws on the subject. Sorry, guys, that isn’t so. Some of us may wish sometimes to exempt ourselves from laws made in Salem and D.C. I wish we could, but we can’t.

Benton voters can save the county a lot of trouble — in the courts and otherwise — by voting this proposal down. (hh)