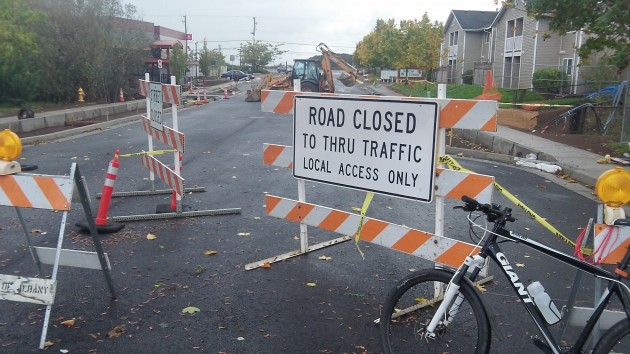 No trouble getting through the construction site on foot or on a bike.

Albany’s project to replace two old culverts on Belmont Avenue S.W. looks like it’s almost finished. The road-closure signs were in some disarray on Sunday, perhaps shoved around by high winds. (And it wasn’t completely clear why the street was still closed to traffic as the pavement on the new crossing looked complete.)

The street was damaged when it was undermined by high water in January 2012. With the help of bridge panels supplied by Benton County, the city made repairs at the time and later obtained a FEMA grant for a permanent fix. Federal and state regulations to protect fish and plant species held things up for months, but in May 2014 the city awarded a $484,100 contract to North Santiam Paving of Stayton to install a three-sided box culvert.

That work has been done, and now it looks as though the only thing left is to install railings on the sidewalks to keep pedestrians from pitching into the creek below. Also, note the large drainage basins between street and sidewalk, another example of how careful we now are not to let runoff from streets flow directly into creeks. (hh) 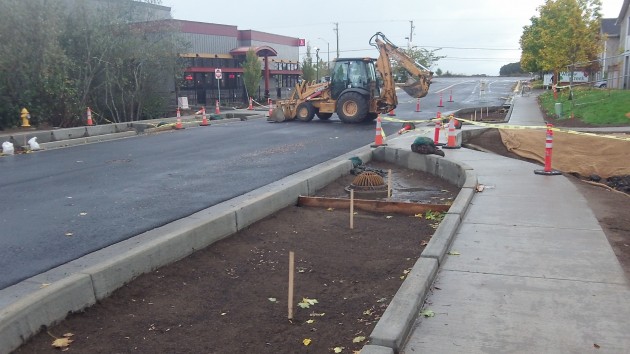 This area presumably will be filled with rocks and vegetation to deal with runoff.