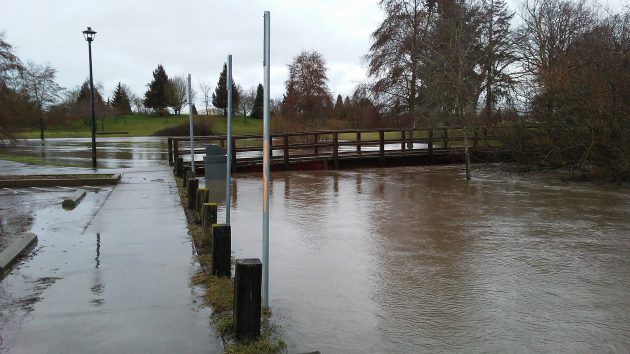 It’s not often anyone is tempted to write a headline like the one above. But it came to mind after a day of unusually heavy rain in the Albany area, where heavy rain in February is not exactly big news.

The Albany Public Works Department reported that more than 1.6 inches of rain had been recorded between midnight and 7 a.m.. And then the drops kept raining, though at a less furious pace, for the rest of the morning.

The heavy rain, combined with already saturated ground, overwhelmed the Albany-Millersburg sewer system in a couple of places. A lift station was damaged in Millersburg, and in Albany the system discharged untreated but diluted wastewater directly into the river at one of the spots where regulations permit it under these circumstances.

At Timber-Linn Park, the high water had receded a little by the time I went by there in the afternoon. But Cox Creek was still filled to the top of the banks, a sight not often seen. The ducks didn’t seem to care. (hh) 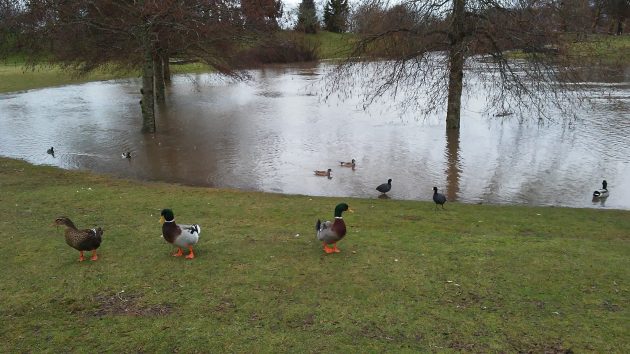 These park residents had apparently hoped for a snack and were disappointed.