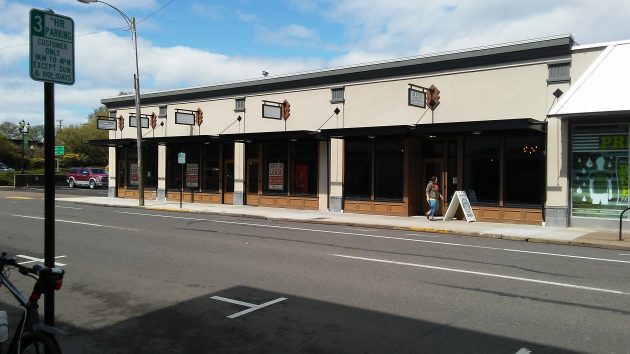 The restored front of the Century Building on First Avenue on a sunny day last week.

Whoever built it in 1905 called it the Century Building, maybe hoping the 20th would be a great one. Now the building on Albany’s First Avenue has been given a new look that manages to restore the simple elegance it may once have had.

It was in June 2014 that Rick Mikesell, the owner, went to the Central Albany Revitalization Area  board with a proposal to renovate the building at 117-123 First Avenue N.E. The downtown urban renewal district eventually approved a $500,000 loan toward the project, to be repaid over 20 years at $25,000 annually, starting when the work was done.

Mikesell told me via email that to this point he had spent around $1.2 million, with the interior build-out on three suites yet to go. Nathan Reid, urban renewal officer at City Hall, told me the owner had applied for the final $50,000 of the loan amount, and the city was waiting to make the payment until it issues a certificate of occupancy for the remaining units.

The original drawing showed six office suites or storefronts, and now there are five. “We combined two for the No Rails Ale House,” Mikesell explained. The ale house is one of two businesses already open. The other is an Edward Jones brokerage.

Mikesell previously restored the former J.C. Penney Building several blocks to the west. I asked him if he had other projects in mind. “Will fill the one vacancy in the J.C. Building and the three in this one before looking at additional projects in Albany,” he told me. In the meantime, he’s working on an old furniture store in Eugene that he bought in December.

The Century Building has a colorful history. It started as a two-story affair, with stores below and hotel rooms above. Fire destroyed the second floor in about 1940, and it’s been one story since.

Besides strengthening the structure against earthquakes and modernizing the place in many other ways, the reconstruction designed by architect Bill Ryals added a canopy over the First Avenue sidewalk. It used to say “Century Bldg.” in the plaster over the doors. The label has been moved to a sign on the building’s west wall. (hh) 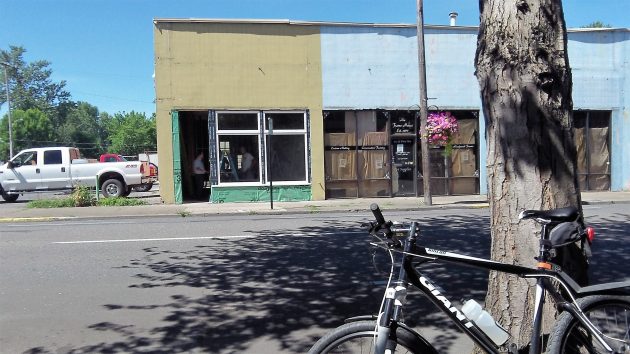 The before view: The reconstruction was under way in July 2016. 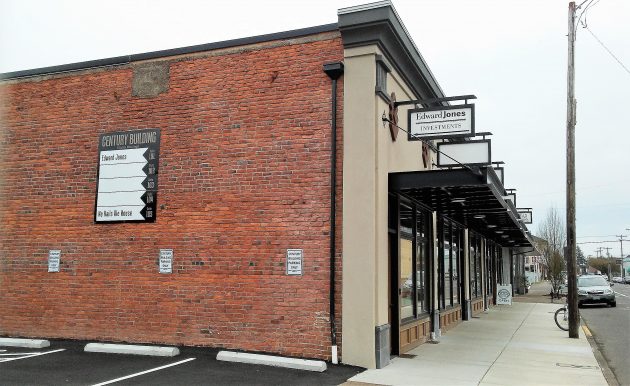 A canopy runs the length of the building, not a bad idea for rainy days.