Behind the lights: Pot vote upcoming 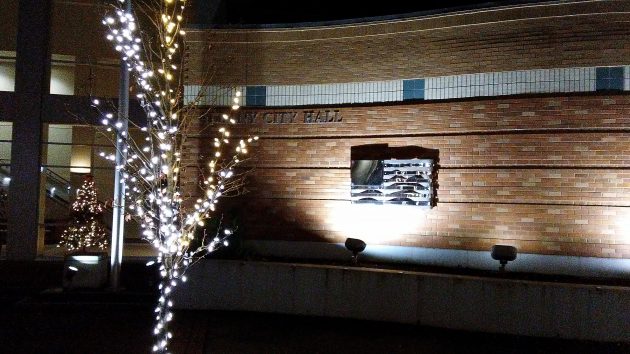 Festively decorated for Christmas and exuding holiday cheer though it is, the Albany City Hall on Monday will be the site of another likely contentious meeting over recreational pot.

The agenda for Monday’s 4 p.m. council work session includes an ordinance that would sharply restrict where licensed recreational marijuana businesses including retail stores could start. The proposal failed to pass the last time it was up, on Nov.14, because the absence of one opponent prevented a 3-3 deadlock and thus kept the mayor from breaking a tie in favor of the law.

I emailed Councilor Dick Olsen, wondering it he would absent himself again. But I didn’t hear back from him. Councilors Ray Kopczynski and Bill Coburn voted against the ordinance in November. Councilors Floyd Collins, Rich Kellum and Bessie Johnson were for it.

I wondered if any alternatives to the restrictive ordinance were in the works. Kopczynski told me several ideas were floating around but he didn’t know if any could get the four votes required for any council action.

The Albany ordinance has a one-page preamble that makes the point — not once but four times — that marijuana businesses violate federal law. It says, for example, that geographical separation of recreational marijuana businesses is “an appropriate way to mitigate the impacts of business activities which remain subject to criminal prosecution under federal law.”

The Albany ordinance does not say where pot businesses would be allowed. Instead, it says they would not be allowed with 300 feet of any property zoned “residential,” or “mixed use,” or “office professional,” or “neighborhood commercial.” It also says the 300 feet are to be measured between any point on the property line of the pot business and the boundary of the property containing any of the listed zones. The effect is to prevent one or more of the four medical marijuana dispensaries in the city from becoming state-licensed for recreational sales.

The council previously reviewed maps showing that under this ordinance, cannabis businesses would be off limits in almost all of Albany including most commercial areas of town.  (hh)


5 responses to “Behind the lights: Pot vote upcoming”