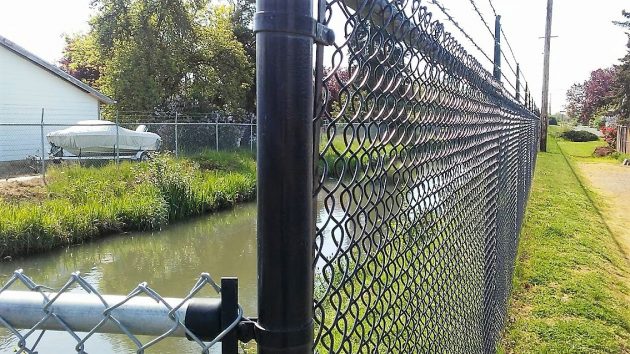 The absurdity of the barbed wire on the tall fence is illustrated by its absence on the lower section at the Santiam Canal.

Jim Ketter’s request to get rid of the barbed wire along the Albany-Santiam Canal in the Monteith Historic District, and maybe even lower the fences, has gotten nowhere so far.

Ketter and his wife live a couple of blocks from the canal. In February he wrote to Mayor Sharon Konopa and Councilman Dick Olsen. He asked that the city take an inexpensive step toward realizing one aspect of the central Albany revitalization plan by doing something about the fences along the canal.

The plan for CARA, the Central Albany Revitalization Area, calls for an “esplanade” along the canal, which runs in the center of Vine Street from Queen Avenue to the Vine Street water treatment plant and power house. Nothing been done about that part of urban renewal since the plan was adopted in 2001. In the capital improvement plan for 2019-23, the city lists the canal esplanade among CARA’s many “unfunded projects” with a projected cost of nearly $3.7 million.

Nobody expects much from this part of the plan. But people can walk along segments of the canal — where neighboring properties have not blocked the way  — even without a multimillion-dollar “esplanade.”

Ketter’s idea was that if the fences were changed by getting rid of the barbed wire, at least, the place would look less forbidding and more inviting. And it could be done for almost nothing.

A story about his request ran here on March 7. What happened since?

Both the mayor and the councilman responded to his letter, they told me.

Konopa: “I responded to him that I would love to see the canal enhanced! It would be up to CARA to fund the project.”

Olsen: “I told Jim I agreed with him a hundred percent. However, city staff was adamant as to keeping the fences although they had to admit that the barbed wire was a little too much.”

A couple of weeks ago I asked Chris Bailey, director of public works/operations, about getting rid of the compound-like fences. Paraphrasing her response: Not going to happen. The city’s insurance carrier opposed it. And people might fall into the canal and not be able to get out because of the swift current and steep banks.

But the canal is unfenced along most of its 18 miles, and nobody seems to be worried about that. 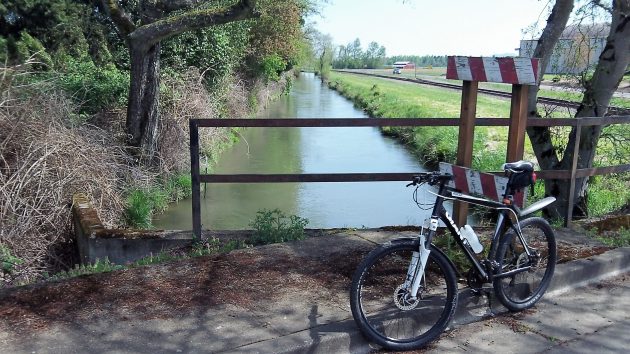 No fence and no barbed wire: A simple railing keeps people from falling in at Marion Street. (Photo from April 2016)