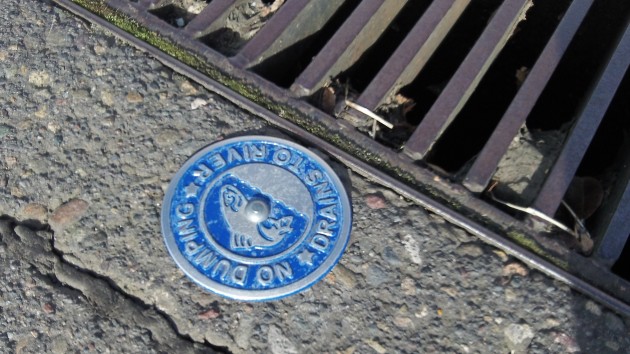 The Albany storm water utility would seek to collect a fee to manage facilities like this.

Albany’s plan to impose and collect a fee for storm water management — a rain tax, as I’ve called it — is being clouded by legalistic hair-splitting. So let’s try to lay it out straight.

For about a year the city council has been holding meetings to prepare for the enactment of a fee to raise money for the storm water system, which is currently funded from the street and sanitary sewer funds. With that in mind, the council on April 13 adopted an ordinance creating a storm water utility.

North Albany resident Tom Cordier filed a referendum petition against this utility ordinance. The city attorney’s office wrote a ballot title. Cordier doesn’t like the title and may challenge it in court.

I don’t know why he doesn’t like it. But I can see at least one big reason. The city attorney’s summary makes it appear as though the ordinance has nothing to do with the forthcoming rain tax. “The creation of the storm water utility does not establish a new fee or tax upon citizens or customers,” the summary asserts. But that’s the purpose for which the staff prepared and the council adopted it.

It’s true that the actual levels of this charge have not been adopted, or even spelled out publicly by the city staff, and that the council plans to set the rates with a separate resolution. But it is misleading to claim in the referendum ballot title that the ordinance does not establish a fee. It certainly lays the groundwork for establishing a fee, and without the ordinance the authority to establish a fee would be lacking.

The council doesn’t need a storm water utility to raise money for the drainage system. It could jack up sewer rates to fund the necessary expense. And there are sound reasons — fairness to different-size contributors of runoff is one — to do it via a utility instead of with regular sewer rates. But the city should not try to kid anyone that imposing a storm water charge is not the driving force behind the utility approach.

One other wrinkle: Cordier says he wants to give people a chance to force a vote, via a referendum, on the fee once its details are known. So he offered the council a deal: Promise to enact the fees via a legislative ordinance rather than a mere resolution and he’ll drop his current referendum. Because, as he has found out from two recent court decisions going against him in regard to urban renewal, only “legislation” can be referred, while administrative decisions can’t. But the city attorney, Jim Delapoer, told the council that setting the storm water fees will count as an administrative action whether it’s taken by ordinance or resolution. So the rates will be immune to anybody trying to refer them to the voters.

Which means that if voters want a chance to weigh in on the rain tax, Cordier’s current referendum attempt is it. (hh)