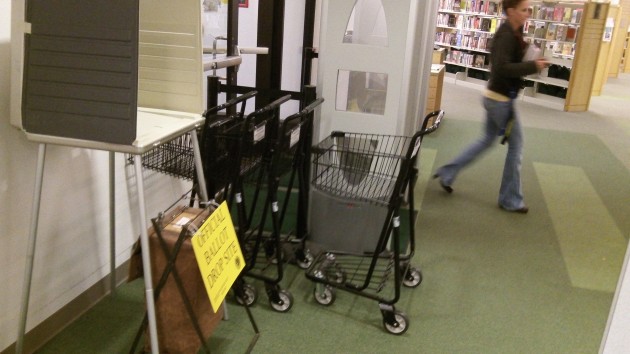 The ballot box at the Albany Public Library on Wednesday.

Colorado has adopted vote-by-mail balloting of the kind pioneered in Oregon. Now a video circulating online intends to raise suspicions of voter fraud in Colorado and, by implication, other states where voting is done mostly by mail. But all the video shows is that some left-leaning activists in Colorado were dumb, naive or crooked enough to be interested in trying to exploit the new system in nefarious ways, not that it could actually happen, let alone that it was taking place.

The video was made by James O’Keefe, the activist who poses as someone else and, with a hidden camera, tries to induce people to implicate themselves. On his latest product, at least a couple of campaign volunteers or workers for Colorado Democrats appear to be interested when O’Keefe offers to collect discarded ballots and cast them fraudulently.

The same sort of thing — collecting ballots of citizens who threw them away — has been wondered about in Oregon. But how could that possibly work?

When ballots get to the county elections office, the signatures on the mailing envelope are compared with the registrations. If they don’t match, the ballots are set aside. An official will contact the voter: “We have a ballot that purports to be yours, but the signature is different from yours. If you want to vote, please come in the cast a new ballot.”

“What do you mean?” the citizen says. “I didn’t cast my ballot; I’m not interested in politics, so I threw it in the trash. And no, I’m not coming in.”

So where’s the fraud possibility in casting discarded ballots? 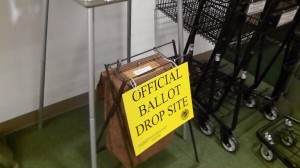 On a related front, a reader of hh-today questioned ballot security because at the Albany Public Library’s main branch on 14th Avenue, a ballot drop box sits unguarded by the front door. The staff says a county worker comes by every few days and empties it, though during presidential elections, when more ballots are cast, pickups happen daily. The box can be seen from the library’s front desk, but it is not closely watched. Is that a chink in the armor of the voting system?

I can’t see how. Yes, a strong-arm robber could grab the bag and make a break for it, out the door. But how would he know who would benefit from such a heist, the crooks paying him or their opponents?

As Linn County’s Steve Druckenmiller and other Oregon election officials have said many times, the possbility of fraud or error is much less with voting by mail than with casting ballots at polling places. Mail ballots are inspected, and the names of voters who cast them are checked off as ballots come in either in the mail or from drop boxes. Another ballot comes in with the same name, the system knows right away something is wrong.

When ballots are returned as undeliverable, after some checking the voters’ names are scratched from the rolls: No more possibility of dead people voting.

I’m not fond of voting by mail because I liked the symbolism and the action of going to a polling place on the appointed day, along with other citizens who care enough to vote, maybe even braving bad weather, signing the register, punching my choices and dropping the ballot in the box. I’d go back to the old system in a minute, but not because I believe balloting by mail is vulnerable to fraud. (hh)