Back to the path: The beginning … 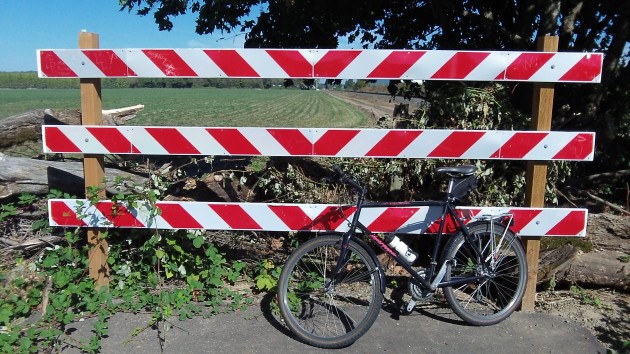 Where the trail ends: Corvallis built it to this point.

Back to the Corvallis-Albany Bike Trail for a moment. Over the last month or two there’s been occasional news about this long-standing project. Each time there’s been mention of the fact that Corvallis had constructed a short section up to its northern city limits. I thought it was high time I confirmed this alleged beginning of this so-far mythical path.

Well, I’m happy to report that it does exist, though its entrance off Conifer Boulevard in northeast Corvallis is not marked. It starts just east of Cheldelin Middle School and heads north for about 2,000 feet, then stops at what I understand is the Corvallis city limit. Because the path goes nowhere, for now, nobody uses it, and blackberry vines are threatening to engulf it. Here, take a look.

To find the place, I rode along Highway 20 from Albany, turned right on Conifer, and there it was just past where Conifer crosses the Portland & Western Railroad — just where county engineer Laurel Byer had told me it was. (The ride on Highway 20 was a reminder of why this off-highway trail is being planned.)

Benton County has been the driving force behind this trail project. On Sept. 29 the county announced that the board of commissioners had approved an “accelerated timeline” to make the path its “top priority for recreational transportation development.” The county has been approved to receive $2 million under the ConnectOregon program for the segment of the path from Independence road to Scenic Drive. Design and construction of that segment is scheduled in 2015 and 2016. And the county said it would ”continue pursuing funding for the remainder of the path, which would connect the Independence Road portion to the city of Corvallis.”

Last week the Albany City Council renewed its commitment to help fund development of the Albany end of the path, from Scenic Drive to Spring Hill Drive. If that gets done in the next few years in addition to the segment from Scenic to Independence Highway, that will leave the roughly three miles from there to the end of the Corvallis segment, marked for now with a big red and white barrier and what looks like a warning sign against trespassing. Of the warning, though, only the “G” is left. (hh) 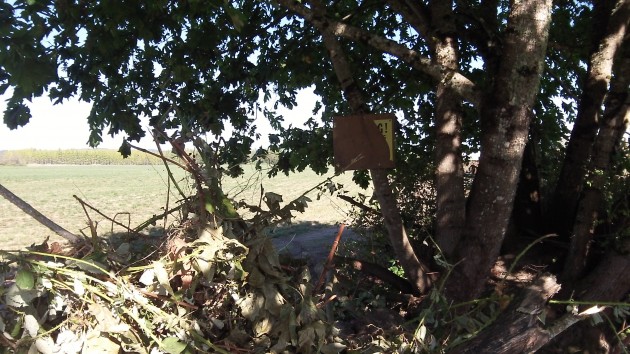 I assumed the G is what is left of a “warning” against crossing that barrier.


One response to “Back to the path: The beginning …”