At the beach, thoughts of Paris

You can go to the Oregon coast on a November weekend and look at the stormy weather, but you can’t escape from the world. So you keep wondering about the proper response to the murderous rampage in France.

We’ve now had many of these attacks on civilization, starting well before 9/11, then hitting a high point on that terrible day, and continuing at a lower level but with some regularity since then. We’ve launched a couple of wars, lost additional thousands of people, killed tens of thousands more, and the result so far is utter chaos. The entire Middle East and North Africa are in flames, and millions of inhabitants have been forced to seek a safer place to live. No wonder they are streaming into northern Europe by the tens of thousands. If the Atlantic were not in the way, they’d be pouring into North America as well.

After 9/11, when it became clear that we had to defend ourselves against a virulent ideology with religious overtones, I remember thinking — and I think writing in an editorial — that this would be a very long struggle. It would last decades, maybe 100 years or more. And so it is turning out.

What’s different from previous wars is that we can’t win only by killing more of the enemy than the enemy kills of us. That is necessary but not sufficient. As we have seen, inspired by a radical view of Islam, the enemy does not fear death. He seeks it instead. We have to kill the killers before they take some of us with them, and we have to destroy their source of inspiration and support, which at the moment seems to be the Islamic State.

That’s a military challenge, and it requires a coordinated military ground campaign by a combined western army of overwhelming numbers under a unified command. Once that campaign is won, it will require the establishment of legitimate, functioning governments across the region. Only then is there any hope of reforming or obliterating the brand of fanaticism that has given the world a new wave of beheadings, of stoning women to death, of blowing up buses and restaurants by people detonating homicide belts, and of other forms of brutal crimes such as murdering hostages in cold blood.

Can the forces of civilization achieve all of that? During the period after the Second World War, when the allies managed to defeat and destroy the Nazi wave of criminality, it seemed for a long time as though humanity was safe, at least in the West. Now I’m not so sure that we still have the same kind of will that the West had then. Heaven help us if we don’t. I don’t think radical Islamist attacks are going cease on their own. If they’re not stopped, they’ll keep pounding us the way ocean waves keep battering the beach. (hh) 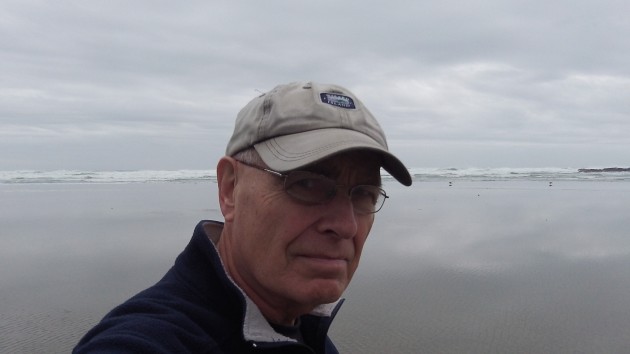 It’s peaceful at the beach, in contrast to too many parts of the world.


14 responses to “At the beach, thoughts of Paris”