At Novak’s, it’s now a matter of days – Hasso Hering

At Novak’s, it’s now a matter of days 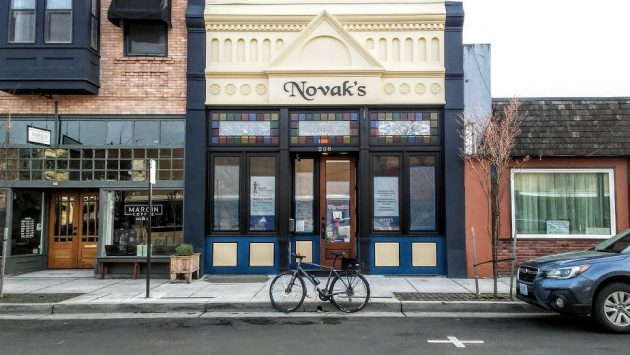 On the afternoon of March 1, the restaurant was still closed.

Judging by Novak’s following on Facebook, lots of people in the mid-valley have been waiting for the Hungarian restaurant in downtown Albany to reopen. For them, the wait is almost over.

Karen Novak had told me earlier she intended to reopen by Feb. 27, the one-year anniversary of the basement fire that forced the family business to shut down for what proved to be difficult repairs. The project ran into one thing after another and took way longer than originally expected.

When the anniversary came and went, I inquired about a new date.

Eight hundred and thirty people “liked” a recent Novak’s Facebook post that said the business was in the “home stretch” and announced it would be “reopening soon.”

So the hope for a quiet opening? That might be a forlorn hope indeed. (hh)

Postscript: And yes, the restaurant opened to the public on Thursday. And when I looked Thursday evening, the place appeared to be full.

6 responses to “At Novak’s, it’s now a matter of days”