As promised, that signal is now on 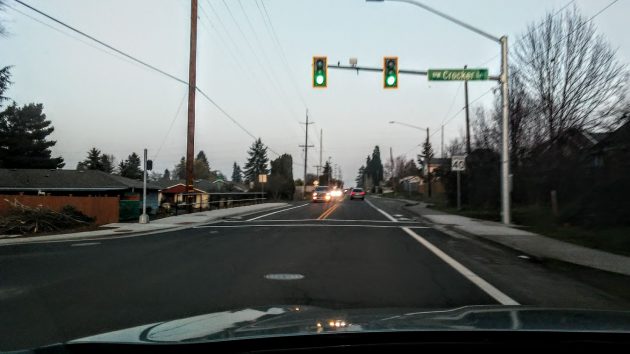 Here’s a pledge: No more updates and progress reports on the traffic signal at Crocker Land and Gibson Hill in North Albany.

There’s no need, because five years after the decision was made to put it in, the first traffic signal on Gibson Hill Road has now been turned on.

The city’s Public Works Department had said the lights would be activated on Wednesday morning. I wasn’t there until just before 6 Wednesday night, and they certainly worked then.

Presumably now, the commuting life of drivers on Crocker will become less frustrating. No more long waits while hoping for simultaneous gaps in east- and west-bound traffic on Gibson Hill.

In case anybody cares, this installation cost the city about $800,000. According to a memo to the council early in the planning, the money would come largely from transportation systems development charges levied on new houses when they were built. (hh)

3 responses to “As promised, that signal is now on”