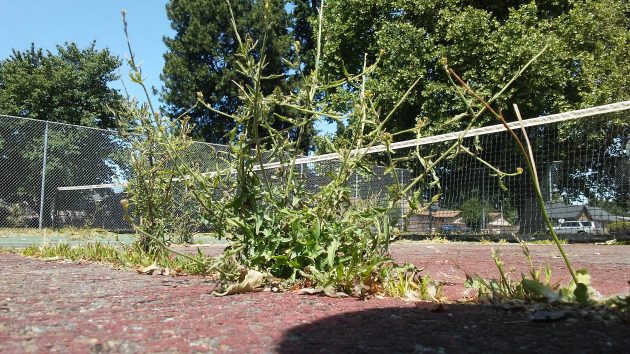 Before: If you put the camera on the ground, you can make weeds look gigantic.

Is tennis going out of style as a recreational sport? You might get that idea if you look at the photo above. But it’s a trick shot and doesn’t say anything about whether tennis is still being played.

I happened to ride past Albany’s Burkhart Park on June 10 when I noticed the tennis court was sprouting a good crop of weeds. I inquired about it, and a few days later I was able to take this shot, showing no more weeds: 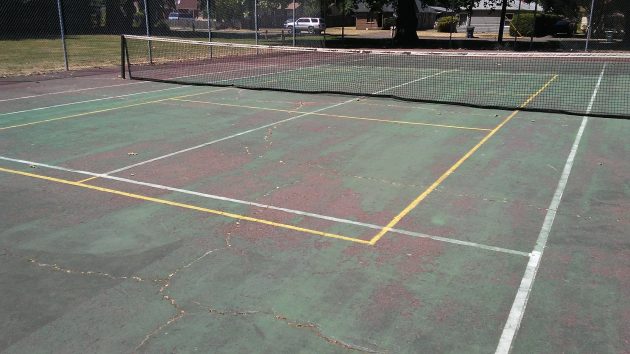 After: The parks maintenance crew has been by and made the Burkhart court playable again.

Still, I can’t remember seeing anyone playing tennis there on the admittedly rare occasions when the bike takes me past the place. So the question remains: Does anyone still play tennis for fun?

You’ll notice in the photo that at Burkhart Park, they’ve added yellow lines for a pickleball. Maybe it is that game that is replacing tennis in the few parks that still have courts at all.

At Hackleman Park, the tennis court were converted to pickleball several years ago. And at Linn-Benton Community College, where the tennis courts were neglected for years and nobody demanded they be maintained, the courts are about to be rebuilt for pickleball.

On Wednesday the Albany City Council approved an agreement with LBCC for the pickleball project on the college’s Albany campus. The city has budgeted $300,000 to pay for the new courts in return for city programs and the public being able to use them at no charge.

Pickleball? You can look it up. This cross between tennis and badminton was invented as a family activity in Washington state in 1965 and has spread around the country since. Google also informs us that the game was named after Pickles, the dog of one of the originating families. Apparently Pickles would chase the ball and not give it back.

Maybe the increasing popularity of pickleball accounts for the apparent decline of tennis. But whether it’s tennis or its replacement, it would be nice to see more people on the courts. (hh) 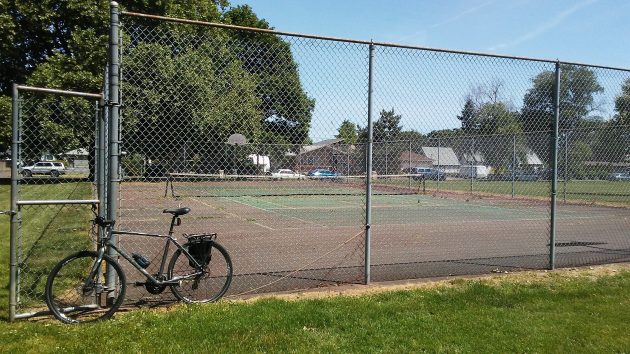 The empty court at Burkhart Park on June 10.

5 responses to “As pickleball gains, tennis seems to fade”