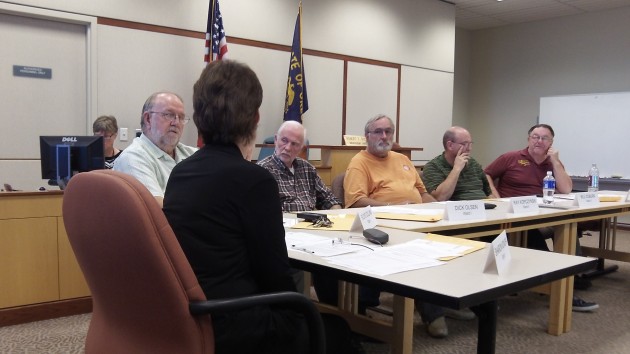 The Albany City Council has a dilemma concerning “public art.” It was unable to resolve this problem Monday and will try again when it meets at 7:15 Wednesday night. If the issue is not resolved soon, it may hold up the design of the city’s new police headquarters and main fire station.

The problem is that city law requires something that the majority of the council does not want to do. That is to spend 1 percent of the money appropriated for those buildings on public art to be placed either in the buildings themselves or some other public place.

In this case the ordinance demands that based on construction estimates for both buildings together, $200,288 be spent on art, which Councilor Floyd Collins thinks would be way too much. He’s not alone.

One answer is to amend the “one percent art ordinance,” adopted in 1998, to calculate the 1 percent based only on the parts of the police and fire buildings open to the public. That would reduce the art appropriation to $9,779 for the cop shop and $7,700 for the fire hall.

But the reduced amounts would hardly pay for what has been proposed.

The Albany Arts Commission is charged by the ordinance with acquiring the items that would count as art. For the fire station, the Arts Commission backed a proposal to restore an antique fire engine and display it in the lobby. Councilor Dick Olsen says the restoration would cost at least $35,000. Not only that, but he’d like another antique engine also owned by the fire department to be displayed as well. Fire Chief John Bradner says the lobby in the new station would not be nearly big enough.

As for the police station, the Arts Commission endorsed a plan for an outdoor entry plaza with seating and a water feature that would also handle storm water from the building, plus some form of sculpture. (Presumably people would not be seated there in a rainstorm watching the water feature work.) And Police Chief Mario Lattanzio is worried lest art-related expenses cut into the functional elements of the building itself.

One answer — and here comes the editorial — is to amend the art ordinance by completely exempting these two projects, and to rely on the buildings themselves to count as art. As the available designs by the talented architects of the Mackenzie firm show, the structures and grounds will dress up their respective parts of the city all by themselves. There won’t be a need for anything that has been arbitrarily labeled as art.

And if someone wants to raise the money to restore one, two or three fire engines, let them go ahead and try. (hh)

This story has been changed from the original version, which contained an error on what the Arts Commission had recommended. (hh)