Another round: Now it’s complete 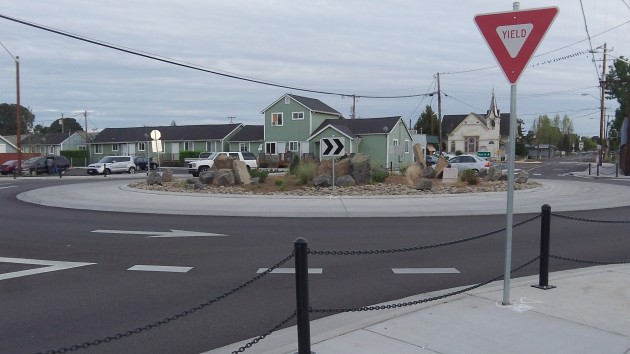 On a visit to Yulie’s Bakery in the nearby Carriage House Plaza, I rounded the “about” on Monday afternoon, then stopped the truck and walked back for a closer look at the landscaping, the subject of a commentary here on Sept. 2.

It looks to me as though the landscape contractor has finished his work, handily beating the Sept. 18 completion date. Anderson’s Erosion Control Inc. of Junction City had a $31,490 city contract to do the job.

The roundabout was constructed in 2014 as part of a $1.8 million Main Street rehabilitation project intended to solve a major congestion problem. It has done that. Traffic now flows where it used to hang up during parts of the morning and afternoon.

The landscaping in the roundabout was the crowning touch. Nice job all around. (hh) 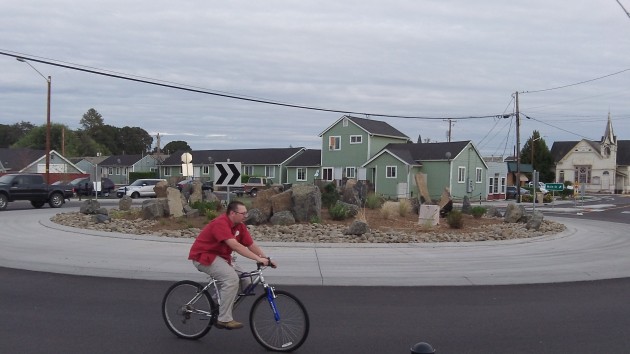 This guy, wisely, looks ahead and ignores the landscaping.


15 responses to “Another round: Now it’s complete”