Another memory of this April flood 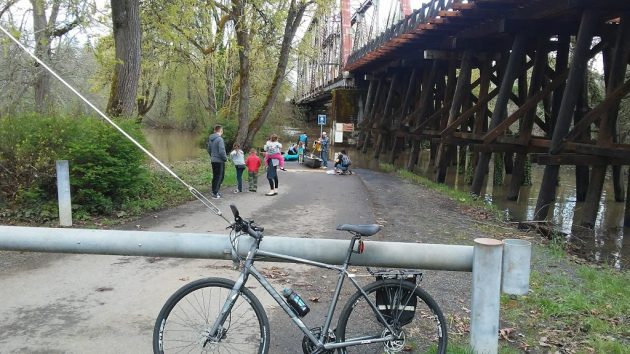 By now we’ve probably all had our fill of high-water photos. So here’s what should be the last installment on this site, a glimpse of navigation on Albany’s Bryant Park.

There’s not much to say about it, except that boating in flood waters for fun is not exactly recommended. Imagine all the crud that has washed down from inundated parts of the valley, and that means not just the earthy sediment that has turned the water into a brownish sludge.

But then, just for novelty’s sake, it may seem just too tempting to go out there and paddle around where normally people park their cars and kids run around on the playground.

The April flood of 2019 will be remembered for the damage done to low-lying properties and roads, for the various rescues of people stranded by high water, and most of all for the tremendous traffic problems that it caused in Albany and Corvallis. And for the people in these photos, they’ll have something else to talk about in the years to come. (hh) 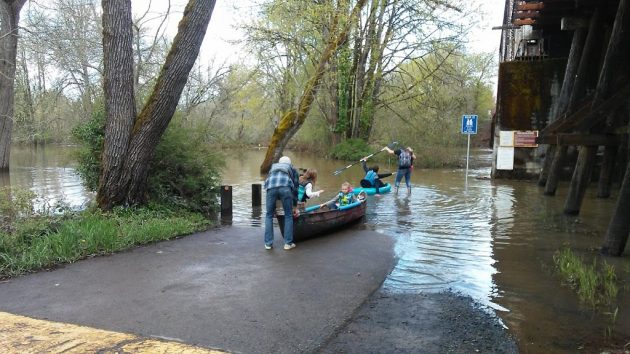 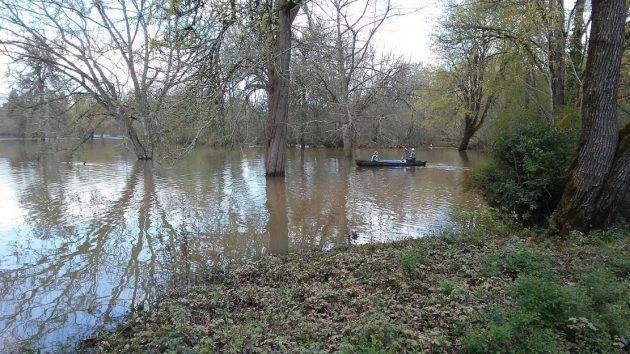 4 responses to “Another memory of this April flood”