Another closed session of Albany council 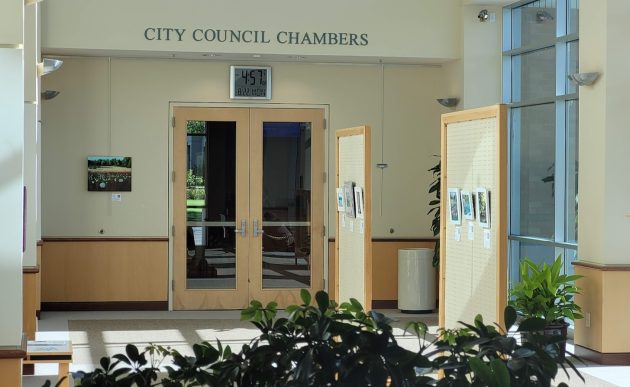 The council doors were closed during an earlier executive session, on Aug. 22, 2020.

The Albany City Council loves executive sessions where the public is excluded and reporters are allowed in but barred from reporting what they hear.

The council held another one of these closed sessions Wednesday night. It lasted 48 minutes.

As allowed by the Oregon Public Meetings Law of 1973, public bodies can hold closed-door sessions for several reasons. One reason is to discuss real estate transactions. Another is to discuss labor contracts.

The law allows closed meetings on these occasions but does not require them. It’s up to the council whether to be open or not.

If a city wants to buy property for a public purpose, it may want to keep its intent under wraps for a while lest public knowledge of its wishes drive up the price. That’s the theory.

On the other hand, being open from the start might prevent a bad decision. Albany bought the downtown Wells Fargo building in secret only to find years later that the building can’t be economically repurposed.

After Monday’s closed session, the council voted 4-2 to “authorize negotiations for a transaction of real estate within the city.” It also voted unanimously to negotiate the sale to the city of Lebanon of a parcel of land that Albany owns there, and to ratify a two-year contract with the AFSCME union.

What’s the point of a closed session on a labor contract the union has already ratified? If the session had been open, interested residents would have learned what the contract provides, and they would have heard positive comments about the helpful way the union had conducted the talks.

As for real estate, why be coy about the sale of a lot Albany got with the purchase of the water system from Pacific  Power & Light in 1985? Why is it wrong to let the public in both Lebanon and Albany know what Lebanon offered and what Albany is willing to accept?

As for the real estate transaction in Albany, there are reasons Councilors Dick Olsen and Stacey Bartholomew voted against the authorization to negotiate, and why Councilwoman Matilda Novak explained her “yes” vote by saying it was only to start negotiations.

From the voting, you know this is an important and potentially controversial move.

What is it about? Well, the council does not want you to know. And by listening in to this closed session, I implicitly agreed to stay mum as well. (hh) 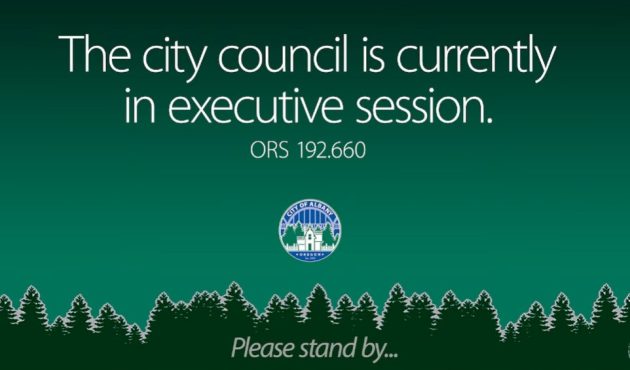 People watching Wednesday’s council session got this image for about 48 minutes before the open session resumed.


13 responses to “Another closed session of Albany council”