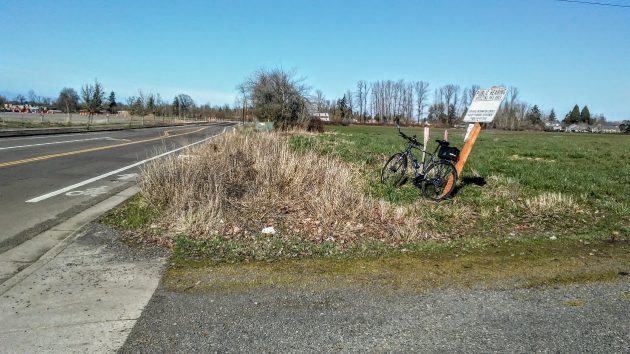 The land to the right (east) of Lochner Road is to be annexed so houses can be built there.

Many new houses on the south end of town will be the eventual result after the city of Albany annexes about 35 acres east of Lochner Road.

The proposed annexation is up for a public hearing before the Albany Planning Commission starting at 5:15 p.m. Monday, March 1. (This afternoon, in other words.)

The acreage is vacant and looks like a former grass seed field. It’s across Lochner Road from the Oak Creek Youth Correctional Facility and Linn-Benton juvenile detention center.

The property is owned by the Gerig family. Hayden Homes, a subdivision developer and home builder based in Redmond, is the applicant for the annexation and concurrent zone change to RS-6.5. The city calls this low-density single family housing on lots of at least 6,500 square feet.

The land is within the urban growth boundary, and the proposed zoning conforms to the city’s development plan for the Oak Creek area of South Albany. The planning staff recommended approval of the annexation with the condition that the owners agree to the annexation of another 43 acres south of this land under certain circumstances.

Final approval will be up to the city council. But since this is what the city’s South Albany Plan envisions, approval is a mere formality. City voters don’t get to vote on annexations any more, not since the legislature took that option away in 2016 in order to encourage more housing.

Once a subdivision is laid out and proposed on the land, the developer must once again ask for the planning commission’s OK.

State law now requires cities to permit duplexes on any lot where a single-family house is allowed. So whether this will be a conventional subdivision or one of duplexes and other “middle housing,” we won’t know until the developer submits a plan. (hh)

P.S.: As expected, following a perfunctory public hearing Monday night at which no one spoke, the planning commission sent the application to the city council with a recommendation to approve. 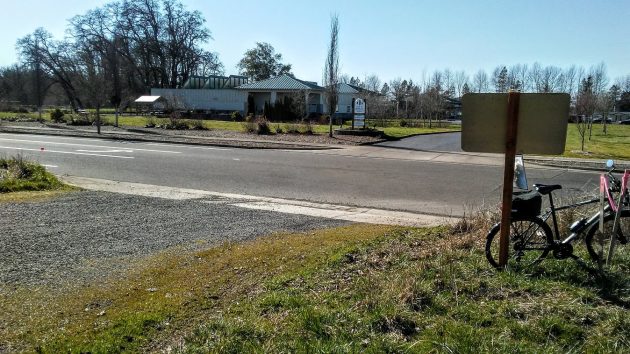 Across the street, the state’s Oak Creek Youth Correctional Facility.