And suddenly, our air was filled with smoke 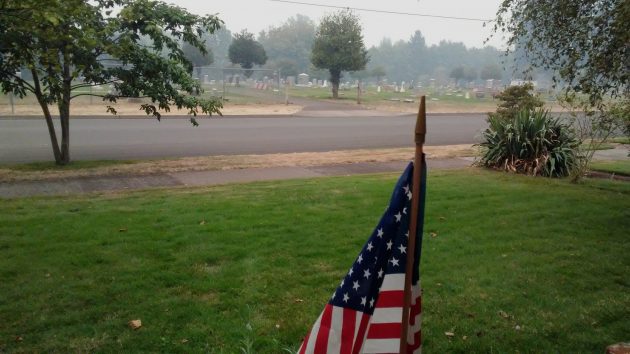 On the evening of Labor Day, a pall of gray smoke hangs over Riverside Cemetery in Albany.

Driven by a gusty east wind, a cloud of smoke from distant wildfires rolled into Albany tonight, the evening of Labor Day.

The Albany police put out a message to reassure people: “High winds have brought smoke from nearby forest fires that is expected to linger for the next two days. There are no fires in Albany.”

Just where those “nearby” fires were, or how far away, was not immediately clear. An online map by “PNW smoke cooperators” showed a bunch of wildfires just east of the northeast corner of Linn County, in the Cascades.

The DEQ said tonight that the smoke in the central and southern Willamette Valley was coming from the Lionshead Fire near the Jefferson Wilderness and the Beachie Creek Fire in the Opal Creek Wilderness. The agency said the valley should expect smoke through Tuesday afternoon.

Even though we could see and smell the smoke in the air, the air quality monitoring index as of 7 p.m. showed Albany and Corvallis with “moderate” air quality, one step better than “unhealthy for sensitive groups.” (The Albany air quality monitor is situated at Calapooia Middle School.) 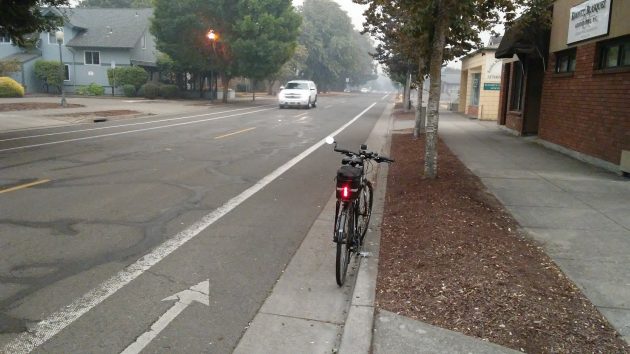 Not a great idea to ride a bike in these smoky conditions. (hh)


7 responses to “And suddenly, our air was filled with smoke”