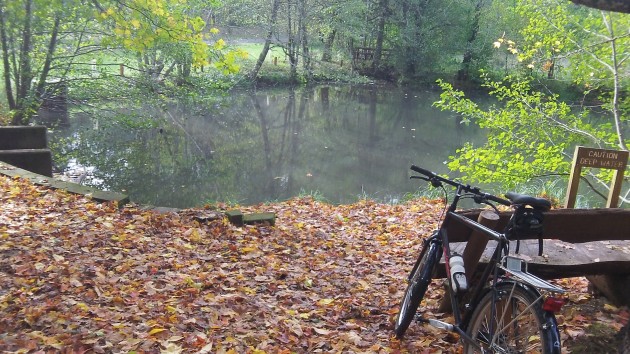 The time change hardly matters at this quiet pond, but everywhere else it does.

Most Americans also know — we’ve been told often enough — that Hawaii and most of Arizona get by perfectly well without switching times twice a year. So why do the rest of us still go through this annoying potentially health-damaging exercise? Because the people in Congress, whom we pay good money to make laws and set national policies, refuse to let us stop.

Yes, I know what you’re going to say: “They neglect far more important issues all the time, so why should we expect them to take care of something as self-evident as this?” Good question. The answer is another question: If we know that as a group, they cannot get the job done, how come that as individuals almost all of them get re-elected every two or six years?How come some of them have been alowed to be in office for decades, contributing to Congress not doing much of anything useful, and not even accomplishing something as elementary as doing away with this ridiculous time change?

Sometimes it seems that the sensible and noble idea of self-government through representative democracy is breaking down everywhere we look. And if you want another sign of that fateful decline, just think of changing your watch tonight and having to do so again next spring. (hh)