A win for Albany, but a slim one

Written May 19th, 2015 by Hasso Hering
Comments: no responses. 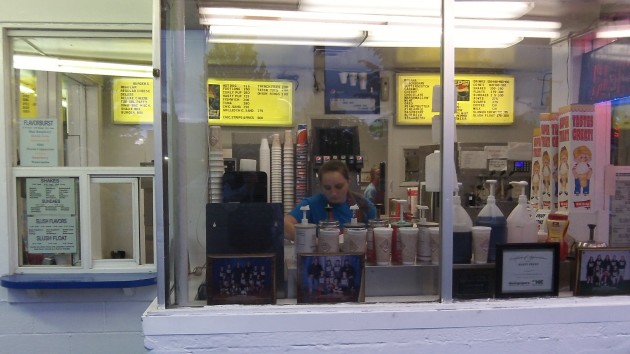 And don’t forget: Hasty Freez, seen here, will stay in place as Fire Station 11 is enlarged on properties around the popular burger joint.

Seriously? A mere 53 percent affirmative vote? If that holds up, it’s more than enough to pass the bond issue for a new Albany police headquarters and downtown fire station. But considering the enormous amount of work that went into this proposal, one might have wished for a greater majority of supporting votes.

According to the results available as of 9:30 Tuesday night, the bond issue passed in both North Albany, the Benton County portion of the city, and in the bigger Linn County sector, but it wasn’t exactly a landslide on either side of the river. As of this writing the totals were  4,862 for and 4,374 against the charter amendment authorizing the bond issue.

When this proposal was rejected in the fall election of 2013, a consensus quickly developed that it failed because people had unanswered questions about the details, that they just didn’t know enough about these projects to support them. As a result, the city council commissioned a special committee of leading citizens to review the plans and nail down as many details as could be nailed down while the funding was still uncertain. But still, more than 4,300 Albany voters went against the deal in the election that ended Tuesday.

So it probably wasn’t the dearth of details that defeated the first, larger bond proposal. More than likely it was the money, or maybe some visceral but undeserved negative reaction to anything the city council proposes or does. So it was smart for the advisory committee to recommend a smaller bond amount — $18 million rather than $20.3 million — and for the council to go along and find other financing to make up the difference.

There is no question that these building projects are necessary regardless of their degree of popularity. Now that they have the go-ahead for bond financing, the buildings will get done after some additional details are cleared up. (Getting a conditional use permit for the police station, required by the zoning of the Pacific Boulevard site, is one.)  In a couple of years or so the buildings will be open, and with luck, even the no-voters will be glad they got built. (hh)

UPDATE: By Wednesday morning, the results were 5,217 yes and 4,665 no, and the percentage of yes votes remained at just under 53 percent.