An update: Checking on pickleball courts 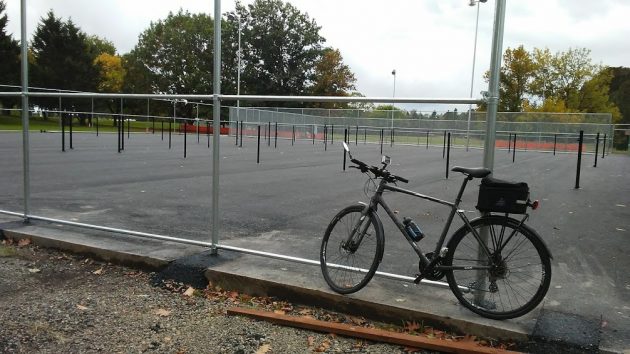 The courts under construction at LBCC the way they looked on Sept 26.

Once again ignoring all the important news of the day, let’s see how the pickleball courts at Linn-Benton Community College are coming along.

They’re coming, it turns out. Though when I took a ride out there on Saturday, when of course no work was going on, it looked to me as though quite a lot remained to be done.

Under an agreement with LBCC that provides for joint use of the facility, the city of Albany is building the pickleball venue in place of the college’s tennis courts. The project has had its share of setbacks since the city council awarded a $329,888 construction contract to North Santiam Paving of Stayton last March. First there were delays because of Covid, and then the whole thing had to be redesigned.

The original completion date was in July. When I checked that month, the courts were expected to be ready by the end of September.

Now, Tom Valentino at City Hall says: “The pickleball courts are on schedule to be completed in mid- to late October.”

The black posts you see in the photos will hold the 4-foot fencing separating eight permanent pickleball courts. But there’s also 10-foot fencing enclosing what will be a multi-use court that will have one court for tennis, four for pickleball, and a basketball hoop.

Unless we have a mild and dry fall and winter, a completion date in late October means Albany pickleballers may have to wait till next year to use these courts. (hh) 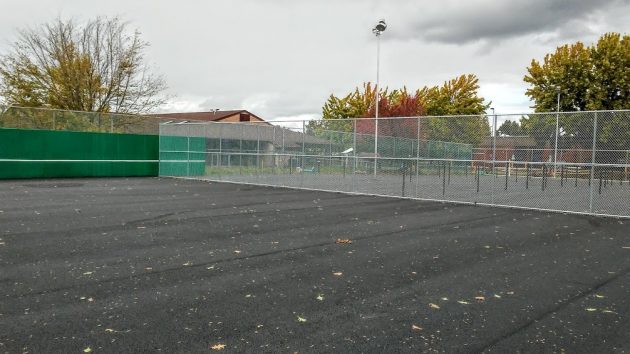 This is the space that will accommodate pickleball as well as tennis — and shooting baskets too. 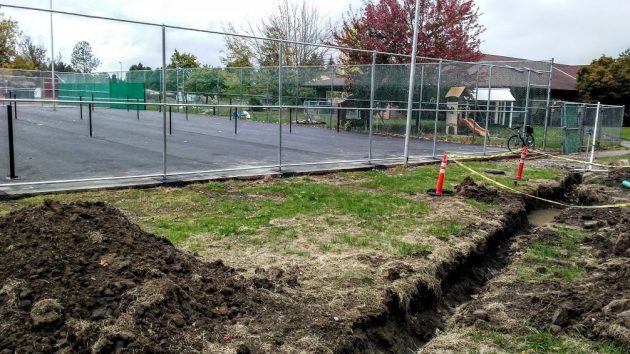 This looks like a trench for a water line at the new courts.

2 responses to “An update: Checking on pickleball courts”