An ugly spot of automotive blight 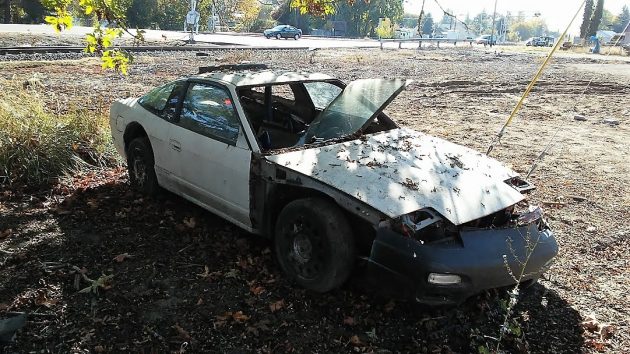 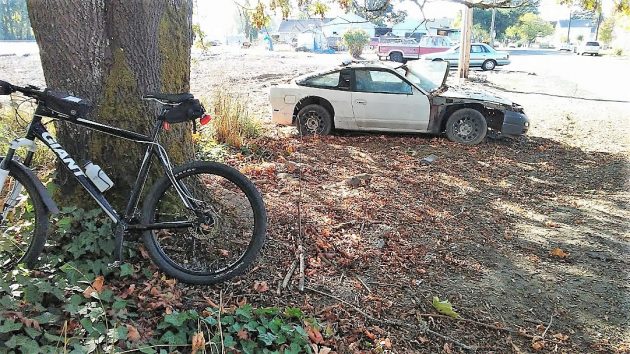 On the bike or on foot, this is not the kind of sight you want to come across anywhere, let alone near a struggling residential neighhborhood where people are trying to spruce things up.

This junked car, in the 1900 block of Second Avenue S.E., I happened to see the other day as I detoured from my regular bike route through Albany’s Willamette Neighborhood. Then, a few days later I went that way again and it was still there.

I asked Marilyn Smith in the city manager’s office at City Hall if this had come to the attention of the city’s code squad or if anything could be done about this kind of blight. She said she would forward the photo to the police department’s Community Resource Unit.

The vacant parcel at the southeast corner of Second and Chicago is owned by the BNSF, according to county tax records (which give the address as 215 Chicago N.E., which I think is a mistake since this is south of First and therefore in the southeast quarter of the city).

“We have had infrequent success with getting the attention of railroads when people dump stuff on their properties, but we always try,” Marilyn told me. She said code enforcement officer Kris Schendel had recently put a lot of work into getting this area cleaned up.

A roofing company had stored materials and vehicles on the Chicago Street right-of-way and the city kept getting complaints from neighbors. “That stuff has been moved,” she added. “We’ll do what we can to get the car out of there.”

Seems a shame that city employees have to clean up after people, especially when it’s something unwieldy like a wrecked and abandoned car. (hh)


6 responses to “An ugly spot of automotive blight”