After this fire, an excess of caution? 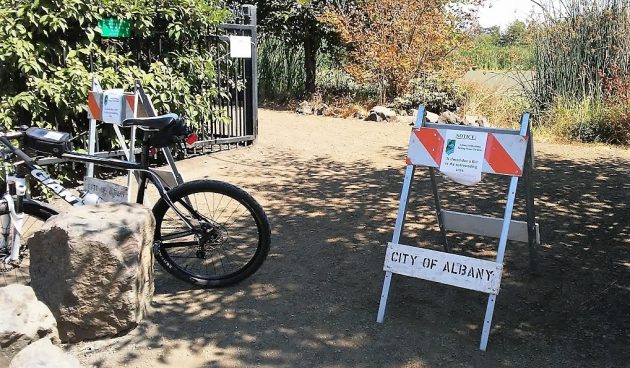 If anybody really wanted to see the Talking Water Gardens, these measures probably didn’t keep them out.

You can’t say Albany city officials are not cautious. Overly, extra, super cautious sometimes. As when they kept Simpson Park and the Talking Water Gardens off limits a full day after a fire nearly a mile away was put out.

On Wednesday afternoon, on one of my regular routes, I encountered improvised “closed” notices at the entrance to the Water Gardens and the trail along the Willamette River into Simpson Park, and on the trail at Bowman Park as well.

The signs at the Water Gardens invited people with questions to call Public Works. When I called, the helpful voice on the other end said the area remained closed to the public because the fire of the day before might be still be smoldering.  Never mind that it’s about a mile from the Gardens’ gate to the fire site, and in between there’s the length of Second Lake.

The fire erupted on the back acreage of Wah Chang (ATI Albany) in Millersburg at about 11 Tuesday morning. Firefighters from all over the mid-valley responded. By 1:16 p.m. Tuesday, Albany Fire was able to report on Facebook: “Smoke from fire scene, located at 1600 Old Salem Road, is from a natural brush and debris fire. Smoke will linger as we continue to put out hot spots. Scene is de-escalating.”

The trouble with keeping closures going for longer than necessary is that people will ignore them, and having realized that there was no danger, they will learn that “closed” warnings — absent visible signs of trouble — can be ignored without risk. So the next time, or the time after that, when there’s a real risk, somebody might actually come to harm despite the signs. (hh) 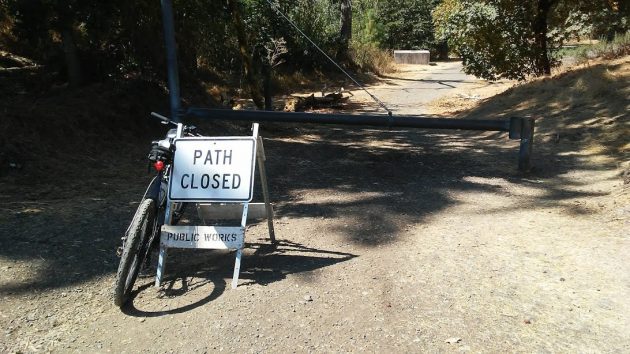 At the entrance to the Simpson Park trail on Wednesday afternoon.to

At 6:10 tonight (Wednesday,) just after I finished the commentary above, the Albany Fire Department, posted this account:

“Albany Fire Department and other local agencies continued fire mop-up work today, August 29, 2018, at ATI Specialty Alloys and Components (SAC).  The fire was first reported yesterday, August 28, 2018, at 11:16 a.m., on the SAC property at a material staging area.  Within that area, the fire impacted a flatbed trailer along with staged materials, including clean fiberglass ducting.  The fire then moved through grass and wooded area, City of Albany Simpson Park and property belonging to International Paper, creating smoke that was reportedly seen throughout Albany.  Firefighters were able to contain the fire around 3:00 p.m. yesterday, but remained onsite through today cleaning up hot-spots and assuring the fire was checked within its fire lines.

“The SAC property is within a federal Superfund site.  Although the fire is still under investigation, ATI does not believe any hazardous substances associated with the Superfund site were involved.  Please refer future questions on the cause of the fire to ATI PIO Scott Minder. 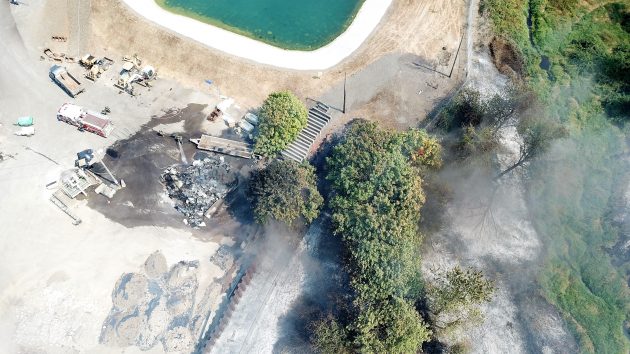 The fire department released this photo of the ATI fire scene. 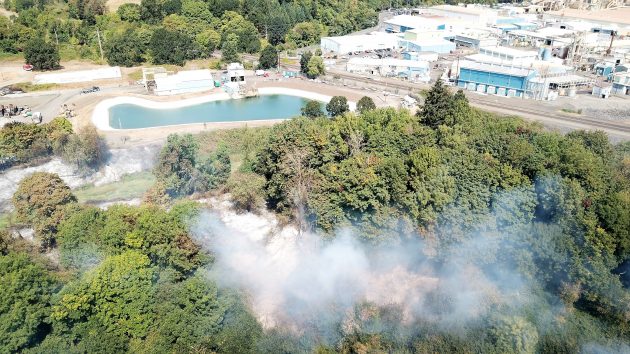 And this one too.

5 responses to “After this fire, an excess of caution?”