An Albany soda tax? How Albany, CA, does it 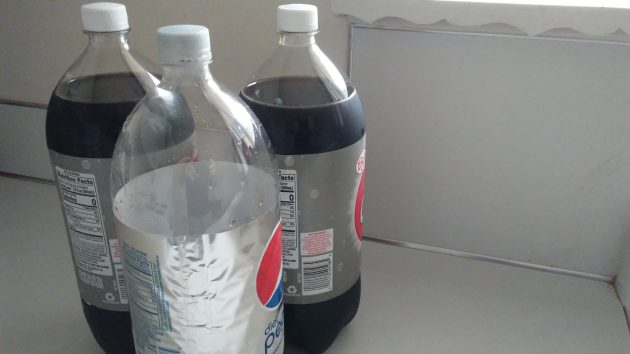 Diet soft drinks like these presumably would be exempt from an Albany “soda tax” the city council is considering.

If the Albany City Council is going to pursue a “soda tax” as a new source of city revenue, it might be of interest to look at how Albany, California, has dealt with such a tax.

Indeed, a table of nine possible sources of new revenue lists Albany’s namesake down south as one of four cities that have soda taxes. The other three are Boulder, Seattle and San Francisco.

Albany, CA, is a municipality on the east side of San Francisco Bay, surrounded by the cities of Richmond, El Cerrito, and Berkeley. With around 21,000 people, its population is about two-fifths the size of Albany. In land, though, it’s much smaller, with 1.9 square miles versus 17 square miles here.

In the 2016 general election, voters in the California town approved what the city calls a “Sugar-Sweetened Beverage Product Tax” with a rate of 1 cent per fluid ounce. It applies to soft drinks as well as energy drinks and pre-sweetened tea. It also applies to syrup supplied to restaurants, at a rate of 1 cent per ounce of beverage that the syrup is meant to make. If one ounce of syrup makes 12 ounces you can drink, the tax is 12 cents.

On its web site, California’s Albany says this is not a sales tax because it’s collected from distributors, not the retailers. It’s up to retailers whether to increase their prices accordingly.

(Albany, CA, sounds like an interesting place wholly aside from its tax policy. It has KALB, a public-access TV station. One of the frequently asked questions on its website is whether KALB allows programs showing people naked. Yes, apparently that’s OK, as long as there’s no obscenity.)

In the current fiscal year, Albany expects to collect $305,000 from the sugared-beverage tax. It plans to spend $130,000 on school crossing guards, relieving its police budget of that item; and $90,000 on providing “water bottle filling stations” in six city parks. Smaller amounts are going to support free classes in nutriition, cooking and gardening; free fitness classes in the parks; a bike education program for school children, and a “Healthy Me” music and movement program for young kids.

At first, $305,000 from a 1-cent/ounce drink tax seems like a lot. But maybe not. Albany, CA, apparently figures that 30.5 million ounces of beverages will be taxed. That breaks down to about 1,425 ounces per person per year, or 121 12-ounce drinks per person a year, or one such drink every three days. Or one a day if only one-third of California Albanians buy sugared drinks.

Those consumption figures look plausible. Albany, OR, is almost three times the size. The same kind of tax here might generate amost three times as much, or close to $900,000 a year.

You can see why the soda tax ended up on the list of possibilities the council is considering.

Last week, Manager Peter Troedsson asked each council member to rank the nine potential revenue sources on their list, as well as three listed ways to cut city expenses. Whether the soda tax survives this exercise, we’ll find out when the rankings are compiled and announced. (hh)