An Albany park for dogs 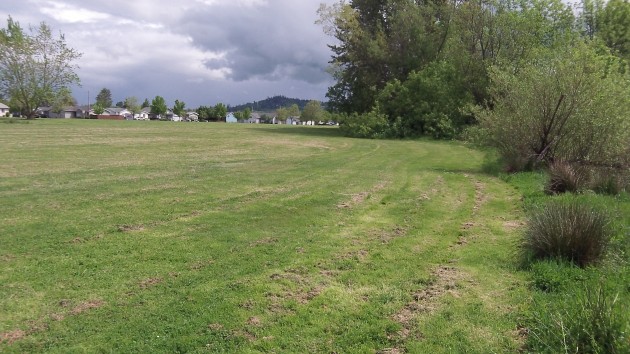 This little-use portion of Timber Linn Park is where a dog park might go. 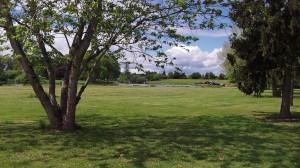 And a view in the opposite direction.

If I had a dog that needed room to run, I’d be more than passing interested in what the Albany Parks and Recreation Department is working on. Being dogless, alas, I was still curious about whatever happened as a result of a public meeting announced a couple of months ago. The meeting was to gauge interest in setting up a dog park, and evidently it’s actually going to happen shortly.

Via email I asked Ed Hodney, Albany parks and recreation director, what if anything had come out of that dog park gathering. As always with Ed, his reply was prompt:

“We have been working with three committees of folks who attended the March 6 meeting: design, rules, and the formation of a ‘friends’ group to support the fenced dog park after opening. We have zeroed in on Timber Linn Park, although we still need to finalize the location. I hope to install the fencing and open the park by the end of June.”

The plan is to set aside about two acres in the park. And while the location within 90-acre Timber Linn is not yet settled, my guess is that it could be somewhere on the north side of the park, where now there is nothing but a very large expanse of grass and weeds, recently mowed when I walked around on Monday.

That’s roughly the area where the city and the Albany YMCA were going to put up a new Y a few years ago. That plan fell apart, as luck would have it, and so this wide-open field remains available for public use. It’s across Dogwood Avenue, more or less, from the graveled portion of the parking lot of the Linn County Fair & Expo Center, unused most of the time and therefore available for dog owners to park if they come from farther away than they or their dogs like to walk.

How much is the fence going to cost? Hodney estimates about $40,000, and he adds, “We are soliciting donations.” He notes, though, that Parks and Recreation has budgeted this amount and the dog park project has been included in the city government’s capital improvements program for several years. (hh)


15 responses to “An Albany park for dogs”