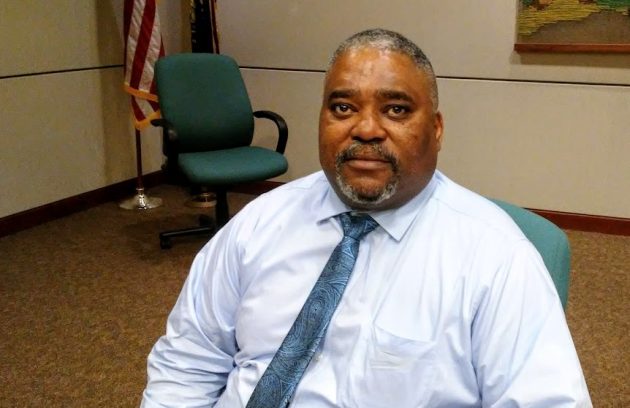 Two weeks ago, an Albany resident asked the city council to consider passing a law on cats. Councilman Alex Johnson II, for one, is not forgetting about the request but instead is following up.

The proposal came from Sheri Wheeler, who moved to Johnson’s Ward 2 from Scio about a year ago and who originally contacted her councilman. It was Johnson who encouraged her to come before the council and express her concerns, which she did on Feb. 12.

She proposed a city law to require cats to be licensed the same as dogs, to be kept indoors, and not be allowed to roam. Her proposal generated a wave of social media reaction — pro and con — from people in Albany and elsewhere.

Johnson himself has been allergic to cats ever since his days in the Navy. He’s sympathetic to the idea of having a city requirement to license cats for an annual fee. He sees it as a way to hold owners responsible for what cats to do when they’re allowed outside.

In one case he knows of, a homeowner has solar panels on the roof, and somebody else’s kittens have moved in under the panels while grown cats have taken to lounging on top.

A big cause of the overall problem, he says, is that some people feed stray cats, thus attracting more and more, without worrying about the consequences.

Johnson told the council Monday he was organizing a public meeting to discuss what to do. It will be held at 6 p.m. March 18 at the main branch of the Albany Public Library. Anybody can attend.

Whether anything comes of this will depend, eventually, on whether any four of the six council members and mayor can agree on something to do about cats. (hh)


40 responses to “An Albany cat law? Councilor follows up”