All those horse chestnuts — looking for a use 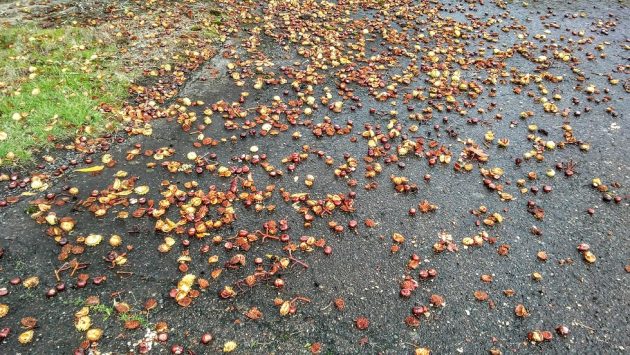 Now if only you could do something with all those horse chestnuts, or conkers, lying on the ground. But even if you could roast or cook and eat them, you had better not, because they contain a toxin or two.

That, anyway, is what I learned online after I looked for more information on horse chestnuts, those ubiquitous products of autumn littering the pavement up and down many Albany streets.

These I came across on Friday on Broadway Street south of Queen. Wondering about the difference between these chestnuts and the edible kinds, I enlisted the help of Google. And if you’re interested, I sugggest you do the same.

You’ll learn that the several varieties of edible chestnuts can be distinguished by the little tassles or points on each nut. Horse chestnuts, or conkers, don’t have that.

Can you do anything with conkers? Well, you can try to plant a few and see if anything comes up. Or you can try your hand at the game of conkers, which supposedly is popular among children in Britain. At least those few who don’t prefer the diversions on their phones, presumably.

YouTube tells you how to play the game, which involves putting a chestnut on the end of a shoe string and then trying to hit another that is similarly strung up. YouTube also has a report on the world championship of conkers. Believe it or not.

As for the chemicals in Aesculus hippocastanum, they apparently have some medicinal uses. But they sicken animals that eat the leaves or nuts. Unfortunately that does not include deer, who like nothing better than to nibble the new growth on the horse chestnut starts that managed so far to survive in our yard. (hh) 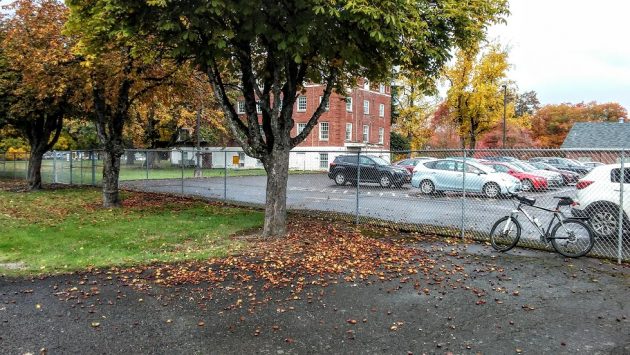 Plenty of conkers under this tree near the Albany National Energy Technology Lab. 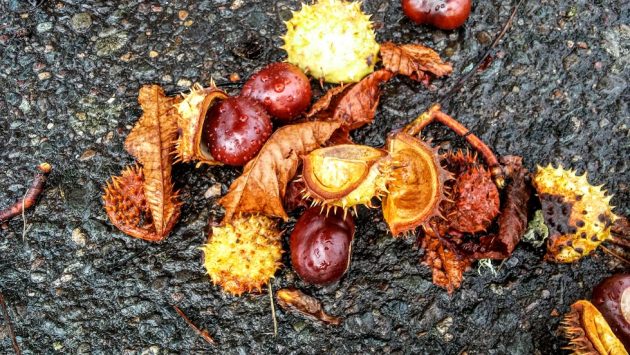 And a closer look.

4 responses to “All those horse chestnuts — looking for a use”