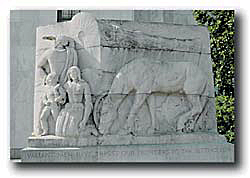 Watch out, Oregon homeowners. When the legislature meets starting in February, cities and some school districts will try to persuade lawmakers to refer a change in the property tax system to the voters, and this could cost you.

Local governments want to weaken the property tax limits that voters approved in 1990 as Measure 5. The change would be this: If voters approve so-called local-option tax levy, that tax would not count against the limit established by Measure 5. This would pretty much wipe out the protection against soaring taxes that Measure 5 was intended to provide.

As you may recall, that measure said property taxes for operations of local government, not counting bond issues, cannot total more than $15 per thousand dollars of real market value — $5 per thousand for education and $10 per thousand for other local government. Voters can approve higher taxes in the form of local option levies or by creating new taxing districts, but the limits still apply on each individual property. So if additional levies are approved, tax rates have to be reduced to stay under the Measure 5 limits. The upshot is that many local option levies don’t collect the amounts that the sponsoring agencies hoped.

In 2011, the League of Oregon Cities failed to get the legislature to refer an exemption for local option levies to the voters, and the league will try again in 2013. It will be joined by some Portland area school districts that also want more property tax money, the Portland Oregonian reports. With the new makeup of the legislature, the chances of success for this change have improved. Unless they want to go back to the bad old days of soaring property taxes driving people out of their homes, voters had better tell their legislators to fight this change. (hh)