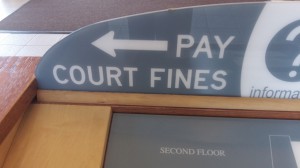 When you drive around Albany, does it seem to you that there’s been a marked change in driving behavior since, say, 2008? No? Not to me either, even though the population, and therefore traffic, has grown a little. I’m wondering about this because there’s been a steep decline in the number of traffic tickets written by the Albany police.

The judge of the municipal court, Robert T. Scott, called attention to this in his annual report to the city council on Monday. The court handled 2,044 tickets in 2012, the lowest number in the last 15 years. The most, 6,410, were written in 2008. From then until last year, the number of tickets plunged 68 percent. The drop in tickets is one of the reasons the city court’s revenue dropped $151,325 in 2012, causing the court to cost the city more to run than it was bringing in for the first time in many years. The judge’s report implies that the number of tickets dropped because the police were understaffed and didn’t have time to write as many as before. He says that as the economy improves, the police likely will be beefed up, allowing more time to write tickets. And this in turn, he expects, will allow the court again to produce a revenue surplus instead of going in the hole. But if the streets are just as safe most of the time with fewer tickets being written, it sounds as though the main point of many traffic tickets is not to make the streets safer but to make money for the city. I’m afraid that this is what the public has suspected all along. (hh)