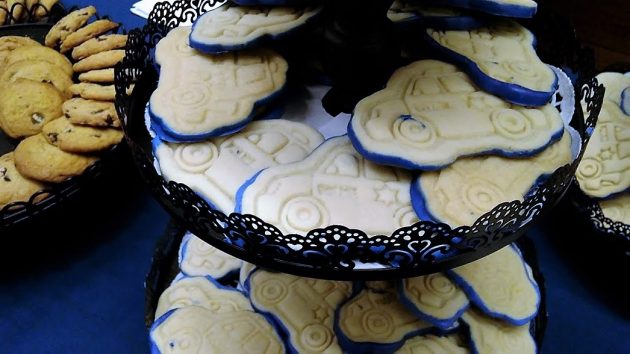 Baked for the occasion by a City Hall staffer, these delicious cookies were one highlight of  Friday’s dedication.

All sharp angles and flat surfaces with clean lines — that’s the just-the-facts impression left by Albany’s new $15.5 million headquarters of the city police.

A crowd showed up Friday to sit on folding chairs in the station’s covered sallyport or stand in the back and watch the dedication. When the speeches and numerous thank-yous were over, everybody got up and wandered through the building.

The station is not quite ready. Some of the furniture has yet to be unpacked and set up. Wiring still dangles from the ceiling in the rooms where interviews will take place. The police say it will all be finished by Dec. 4, when the department’s administration hopes to move in.

Here’s some of what I saw as I wandered around. 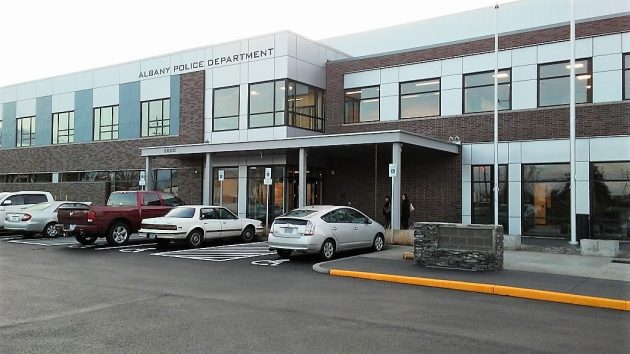 The front of the station Friday afternoon. The address is 2600 Pacific Blvd S.W. 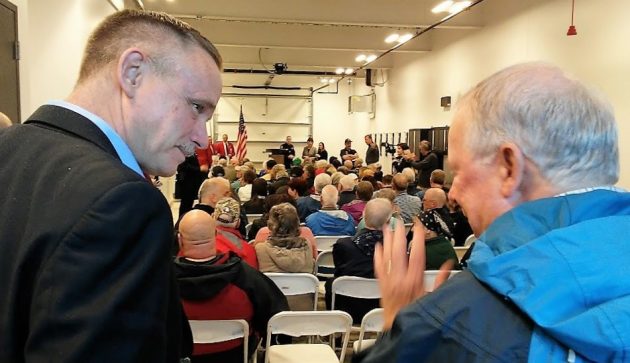 City Manager Peter Troedsson, left, chats with his predecessor, Wes Hare, while at the other end of the room Chief Mario Lattanzio, Mayor Sharon Konopa and others prepare to start the dedication. 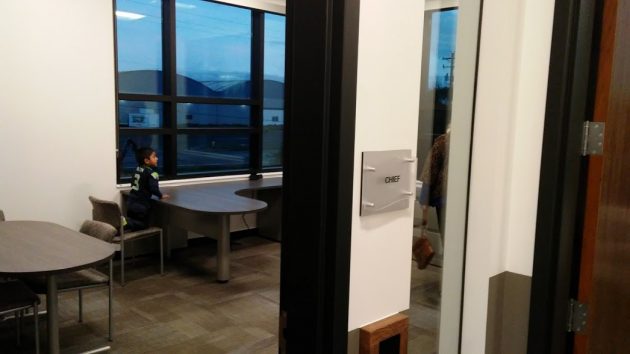 A young visitor checks out the view from the police chief’s corner office. 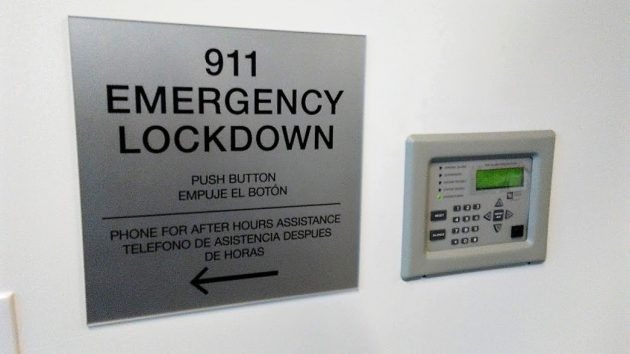 In an emergency after hours, you can lock yourself in the station’s entry and summon an officer for help. 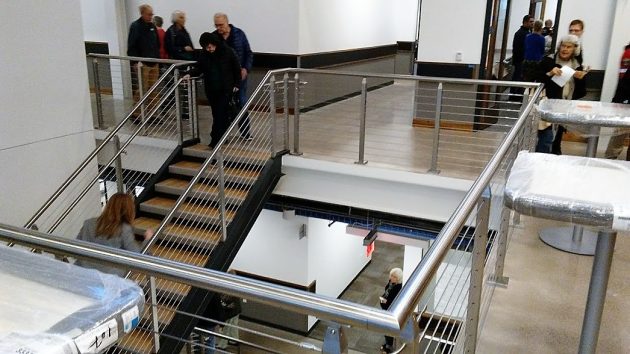 The open central stairwell in the two-story building. 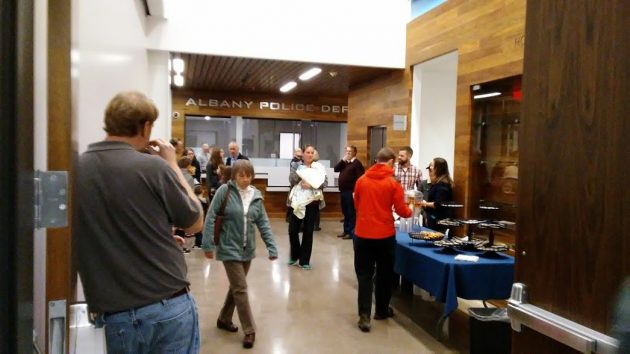 The public lobby. Don’t count on cookies after the station becomes operational next month. 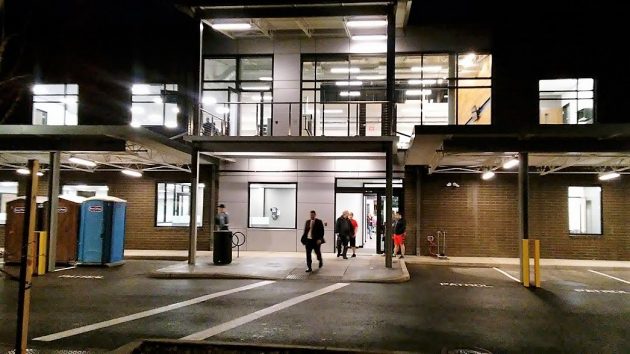 Night had fallen by the time the dedication wound down. This is the station’s back door, reserved for officers and employees.

In case anyone forgot, the station is one half of Albany’s public-safety building program for which voters approved an $18 million bond issue. The other half was Station 11, the central fire station completed in September at a cost of $10.2 million.

The combined cost came to about $25.7 million. To make up what the bond issue didn’t cover, the city used $5 million from its Pepsi settlement, about $1.6 million from the CARA urban renewal program, and part of the $1 million it got from Linn County for the old police station on Jackson Street. (hh)