Albany’s CARA will check out Independence 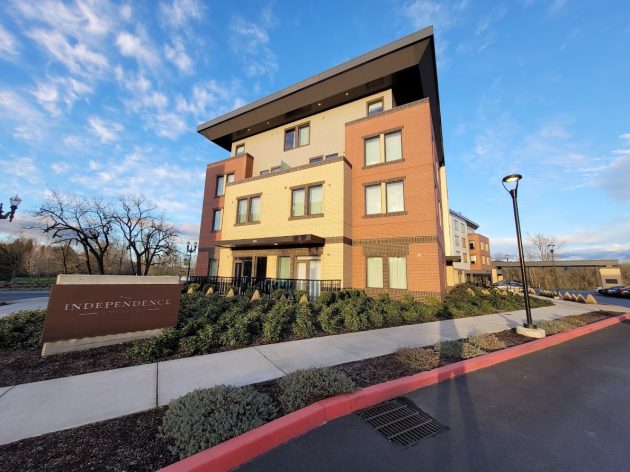 The Indepencence Hotel, centerpiece of the town’s riverfront revival, on March 4.

On April 20 the Albany City Council has scheduled a visit down the river to Independence to tour its downtown redevelopment project, which looks like a resounding success with a centeriece of a gleaming riverside hotel.

The council will make the trip as the Albany Revitalization Agency or ARA, which governs CARA, Albany’s downtown renewal district. Council members and staff will tour downtown and have dinner at a riverside restaurant.

The point? “To see how they’ve used TIF to attract private investment,” City Manager Peter Troedsson said Friday in his weekly report to the council. TIF stands for tax increment financing, the method of setting aside a portion of property tax revenue to finance local improvements including partnerships with private enterprise.

I made a simular expedition to Independence in 2018. I walked around, took pictures, talked to officials at city hall and then the mayor, and reported on it here under the headline, “How Independence Got Its Hotel.”

Independence, with about 10,000 inhabitants now, formed its urban renewal disrict in 2001, the same year as Albany. Now it has a much-revived main street, a beautiful big riverside park, a huge complex of apartments and townhouses overlooking the Willamette, a similar project under construction in the same area, and the 74-room hotel. It’s called The Independence. For two adults, one night in one of its spiffy rooms costs $179, according to one online listing.

In Albany, CARA has just opened bids for the first phase of its riverfront redevelopment project. It calls for rebuilding 1,020 feet of Water Avenue and includes paving three intersections with concrete pavers.

The four bids range from a little above $2.4 million to a little more than $2.7 million.

Over its 21 years of laboring away month after month, CARA has been busy with lots of deals to beautify downtown. It has repaved streets and helped owners restore their buildings. The results are easy to see. First Avenue is hopping on many Thursday and Friday nights.

But as for pulling off a comprehensive physical upgrade along with a housing boom downtown, much smaller Independence has managed to get there faster in a spectacular way. (hh)

Typos pointed out by an anonymous commenter below have been fixed in this version.


15 responses to “Albany’s CARA will check out Independence”