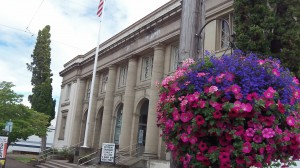 Albany’s downtown urban renewal program is about to restart with a sharper focus on encouraging job creation and increasing the taxable value of the revitalization district known as CARA.

For the past year, the program has been on hold while urban renewal manager Kate Porsche led the 14-member CARA advisory committee in monthly discussions of how to make it more effective. The result is a work plan for the 2014 budget year outlined for the advisory panel on June 19.

The plan calls for borrowing up to $3 million for public infrastructure projects, which have yet to be selected but must be among those listed in the 2001 urban renewal plan. It also has CARA lending a total of up to $1 million to public-private partnership projects which could not be tax-exempt. This second part of the program would make loans to help develop commercial properties only downtown, on the eastern riverfront or in the Salem Avenue neighborhood. Another part would make smaller loans toward job-creating capital projects outside of downtown. And a loan program to help restore historic houses would be aimed at the neighborhood east of Lyon Street, where the need is greatest.

Small grants would still be available for architectural help and restoring store fronts, but the bigger items would only be loans.

CARA will likely put the finishing touches on its restart plan when the committee meets again on July 9. It can then consider specific project requests in the coming months. (hh)