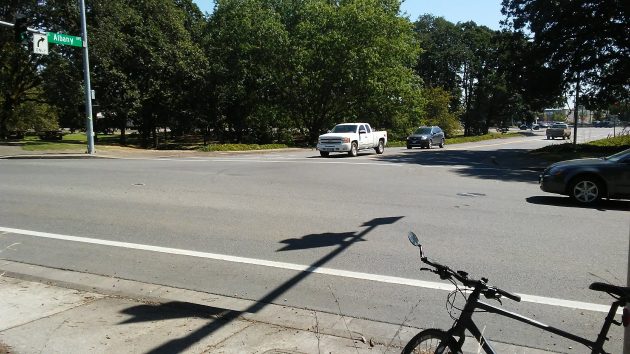 Albany Avenue, from Salem Avenue (foreground) to Pacific Boulevard in the background, is on the likely list of bond projects.

There’s a good chance the Albany City Council will ask voters in 2020 to approve a bond issue to pay for reconstructing half a dozen streets including Albany Avenue. Voters might also be asked to decide on an extra monthly utility fee to pay for street maintenance and repairs.

At Monday’s work session, the council heard a staff proposal for a bond issue of about $19 million to rebuild parts of six arterial or connector streets totaling not quite 2 miles. Besides Albany Avenue, which is only a few hundred feet long, the others were Third from Vine to Washington, Ninth from Elm to Washington, and three in the southeast Albany shopping complex: 14th from Geary to Waverly, Clay from 14th to Santiam Highway, and Waverly from Santiam to Queen.

Councilman Mike Sykes insisted that any bond should be big enough to also cover sewer and water line work under the pavement, and others seemed to agree. This would raise the proposed amount in the bond election by more than $6 million, unless some of the streets are dropped from the plan.

Councilman Bill Coburn wondered about Ninth and the segment of Third leading to Bryant Park. Those might be dropped, even though in sections on Ninth the asphalt has been patched and is breaking up again.

The bond election would be either in the May 2020 primary or the general election that November. The council will have to decide which. For a $19 million, 20-year bond issue, the estimated property tax rate would be 28 cents per $1,000 of property value.

The proposed bond projects do not include any local streets, some of which, especially in the older part of town east of Lyon Street, are very rough indeed. That’s where the idea of an added monthly city utility fee would come in.

Monday’s session was the latest in a long series of council discussions about street funding. The gist is that the local portion of the state fuel tax is not nearly enough to maintain city streets, and there’s a “shortfall” of millions of dollars every year as the city can’t keep up and the streets get worse.

Mayor Sharon Konopa has reservations about the street bond idea, which would raise city property taxes. She prefers a utility fee because every water and sewer customer, not just owners of taxable property, would pay it. She also says the utility fee revenue could be split, some for streets and other proportions for police, fire, libraries, and parks.

If you’re up to it, you can listen to the council’s back-and-forth on this and other items at cityofalbany.net once the audio is posted there, under “city council, meeting materials.”

The upshot Monday was that nobody decided anything. A revised bond proposal will eventually come back to the council. And more work will be done on the plan for a utility fee. One big question will be whether the council enacts the fee on its own or asks the voters to decide. (hh) 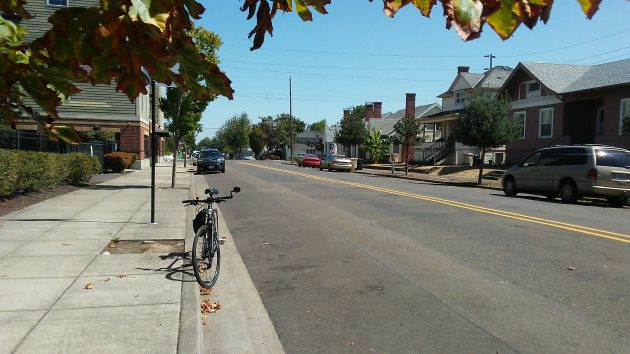 This section of Third, from Vine Street east, was also on the list for reconstruction,