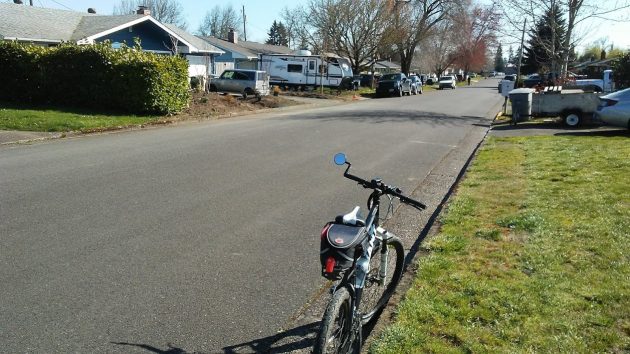 Residents on this block of Main Street (north of Queen) and everywhere else in Albany would be charged a monthly city services fee if the council imposes one.

The Albany City Council took another step Wednesday toward imposing a new city services fee by adopting, without dissent, a plan for how the charge would be structured.

City Manager Peter Troedsson stressed that the council has not decided to impose the fee. But it would need to choose one of several options for structuring it.

Now that this decision has been made, the city’s consultants say they need 120 days before the fee is ready for council action.

Only one council member, Bessie Johnson, on Wednesday expressed reservations about the burden the fee would put on ratepayers.

No amount for the fee has been set. The options before the council assumed a charge of $9 a month per single-family household. With that as the base fee, apartment complexes might pay from $36 to $72 a month depending on size, a high school $450, the hospital $144, a restaurant $22, a small store $9, a store the size of Target or Kohl’s $72, and Fred Meyer $225.

The numbers would be more or less if the council eventually set a monthly base fee higher or lower than $9.

Troedsson has told the council that the details of the fee have to be settled in advance so it can take effect if and when the council decides. He says that because of the city’s structural budget problem — expenses growing faster than revenue — sooner or later the fee will be needed if service cuts are to be avoided.

The fee would be added to the city’s monthly utility bills and would help support programs such as police and fire, the libraries and parks.

To prepare, the council hired a Portland consulting firm, Galardi Rothstein Group, which also helped the city on other utility rate projects, for up to $35,850. So far they’ve submitted one invoice, for $11,902. (hh)


19 responses to “Albany takes another step toward new fee”