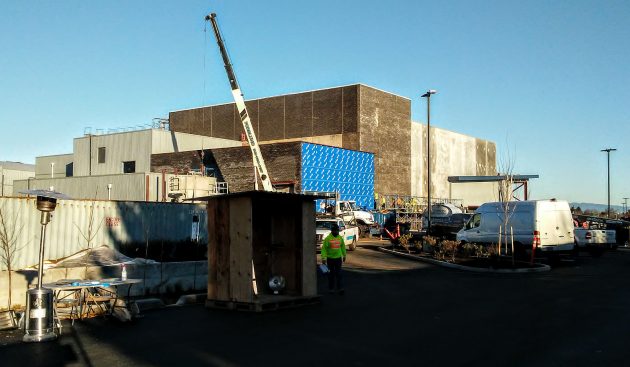 From the sidewalk of Liberty Street, the additions to West Albany High look like so many boxes.

From the street, you don’t see much of the progress the builders are making on the $62 million expansion of West Albany High School. But there’s a way to get a better picture, one that’s detailed and complete: The monthly report.

Every month, the Albany School Board gets a report from HMK, the firm overseeing all the construction and rehabilitation projects throughout the school district. Together with proceeds from voter-approved bonds and other sources including interest, the program totals close to $200 million.

The latest report on all the projects went to the school board on Dec. 14. It recaps progress made during October and November and outlines work that was coming up. It’s part of the agenda for that meeting, which you can open here.

At the time the report was compiled, the West construction was 83 percent complete. And if I read it right, it was about 50 days behind schedule. The additions had been scheduled for “building commissioning” in November and “owner occupancy” 11 days from now, on Jan. 10.

They won’t make it, obviously, but it hardly matters since students are not in the buildings because of Covid.

HMK provided a drone shot of the West construction site, showing the southwest entrance and the parking lot south of the additions having been paved:

The monthly  reports include photos of all the projects. One of them in the December edition was of the newly installed sculpture of a “Redhawk” at South Albany High School. One of these days I hope to see it in person, up close. In the meantime here’s the version in the board report: 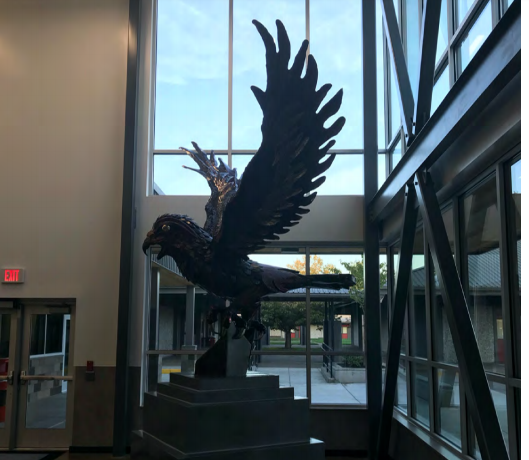 I’m not sure how closely this work is supposed to resemble an actual hawk, and it doesn’t look red. But it’s impressive, and certainly big. (hh)