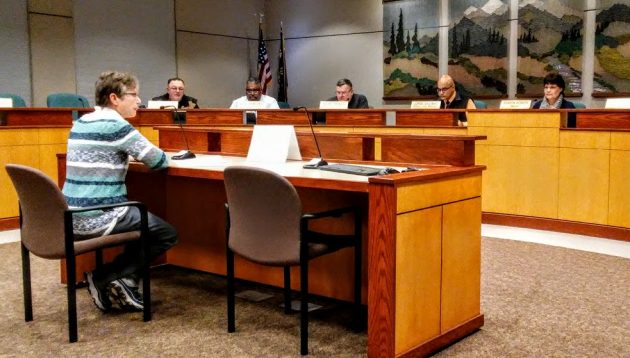 Sheri Wheeler says Albany has too many cats roaming outdoors and creating a health hazard by leaving their messes in people’s yards. She wants the city to pass a law requiring cats to be licensed and kept indoors.

Wheeler, who moved to the neighborhood near 25th and Jackson a year ago from Scio, made her pitch to the city council Wednesday. She came prepared with a three-page presentation and a suggested text of Albany’s dog ordinance adapted to cats.

She had close-up photos of cat droppings in her yard that she displayed on the council chamber’s overhead digital screens — probably a first.  Also, the council got to see photos of her own, indoor cat.

Based on Albany’s size, she estimated the number of household cats at about 5,600. Her proposal calls for owners to be required to license their cats for an annual fee. Outdoors, cats would have to be leashed and allowed only on their owners’ property. Cats found running at large would be picked up and their owners fined.

Feral cats would be evaluated for adoption or “disposed of.”

Mayor Sharon Konopa said the issue would be handed to the city staff. She might have mentioned — but didn’t — that the council wrestled with the question of cats, especially feral cats, for a good long time around 2003. But in the end the council gave up trying to do anything drastic, such as regulating cats the same as dogs. (hh) 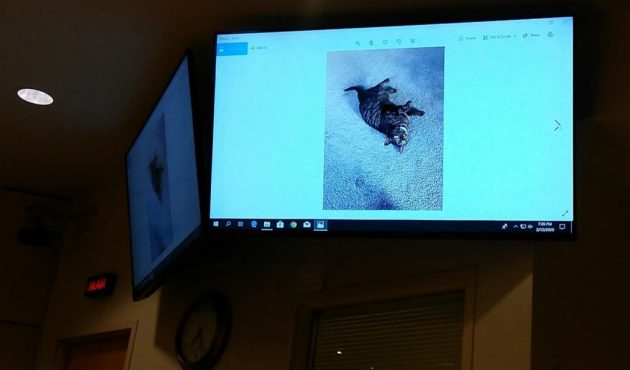