Albany pot: Action due this week 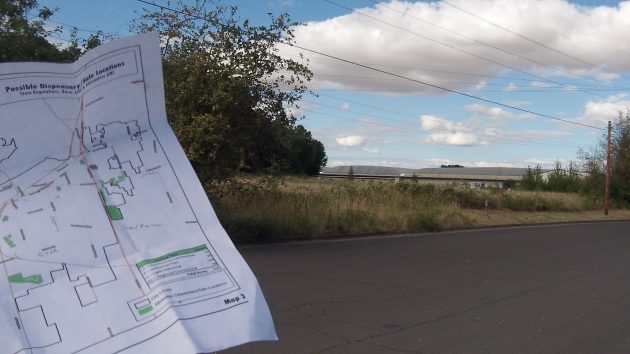 With map in hand, I looked at possible pot sale locations, green on the printout. This is 41st Ave.

This week the Albany City Council plans to put recreational marijuana sales up to the voters in the general election, at the same time asking for approval of a 3 percent tax on cannabis sales. And it will continue debating proposed regulations that would ban marijuana sales almost everywhere in town even if voters want to allow them.

Ordinances placing the sales tax and the council’s prohibition of recreational marijuana commerce on the Nov. 8 ballot are on the council’s agenda for action Monday and Wednesday. Also set for Wednesday, more talk about regulations on the “time, place and manner” of the pot business if voters overturn the ban.

Three council members and the mayor have been arguing for tightening the existing city codes on where marijuana dispensaries and shops could locate if allowed at all. According to a map prepared by the city staff, the majority proposal would not allow sales or dispensaries anywhere west or north of Pacific Boulevard. On the other side of Pacific (Highway 99E) in southeast Albany, the map shows isolated spots where sales would be allowed, but a bike tour last week showed me that these sites may not actually be available.

One of the larger allowable areas is east of I-5 off the south end of Fescue Street, but there are no streets there. Another sizable permitted area would be an out-of-the way tract along 41st Avenue off the southern tip of Marion Street, the home of several businesses including a portable-toilet service and lots of undeveloped, vacant land.

Also on the map of “possible dispensary/sale locations,” there are parcels zoned for industry or commerce along segments of Ferry Street, Queen Avenue and Santiam Highway east of I-5. But as near as I could tell, most of these places are in use. So even if voters approve recreational pot sales this fall, the council majority’s map — if eventually adopted — might have nearly the same effect as the existing ban. (hh) 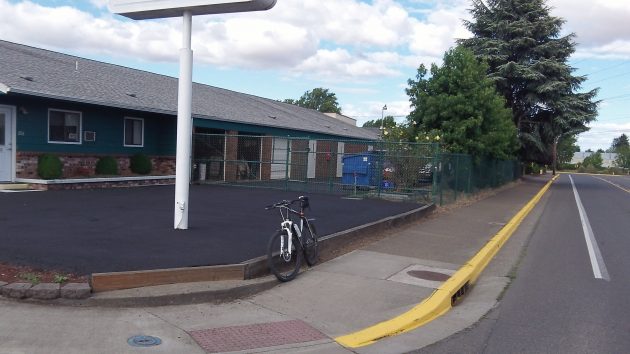 A storage business on Queen Avenue, where the map shows a pot store could operate.


17 responses to “Albany pot: Action due this week”