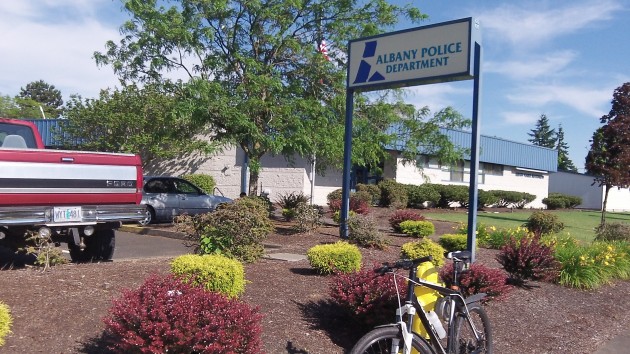 The Albany police station will be available for purchase (bike not included).

It will probably be a couple of years before the Albany police can move into their new headquarters, but as last week’s city council discussion showed, it’s not too early for the city to think about selling their present digs near the Linn County Jail on Jackson Street.

Though the building has not been listed for sale, Albany City Manager Wes Hare says in an email: “We have had no discussion about the timing of a sale, although I consider it to be on the market as of the passage of the bond. The council obviously has the last word on this.”

Voters approved an $18 million bond issue for building the new police headquarters and replacing the main fire station downtown on May 19.

Hare says he has heard interest expressed — though he says it’s premature to say by whom — in buying the old police station. One potential buyer is Linn County.

Chairman Roger Nyquist of the Linn County Board of Commissioners says in an email: “There are a few uses for the facility that we would need to work through if we come to terms with the city on a price. The sheriff is interested in moving his 911 operation. Part of that choice likely will depend on whether or not the city of Albany chooses to contract with the county for 911 services. Those talks to date have not gone well, which is frustrating and maybe a topic for a separate conversation.”

There’s been talk of adding a courtroom in or near the jail for arraignments, but Nyquist says that would probably require leveling the current building and starting over because of new security requirements.

Linn County has not talked to the city lately about buying the station, but Nyquist says discussions might start in June. Besides the jail and sheriff’s office on the same (east) side of Jackson Street as the police station, Linn County already owns a former truck company depot across the street. The commissioners bought that 2-acre site for about $400,000 several years ago, and as the no-trespassing signs and razor wire indicate, the sheriff uses the building and grounds for secure storage. (hh) 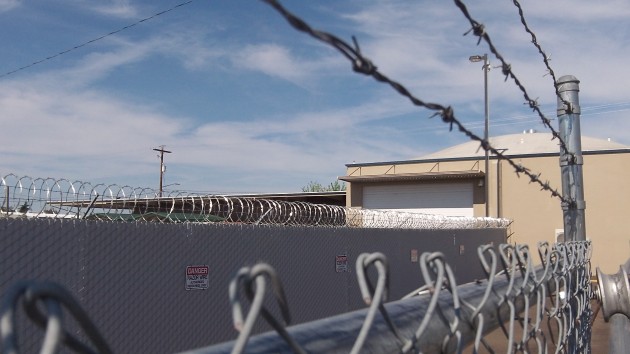 The county’s storage facility across from the jail and Albany police station.