Albany PO: No plans to move 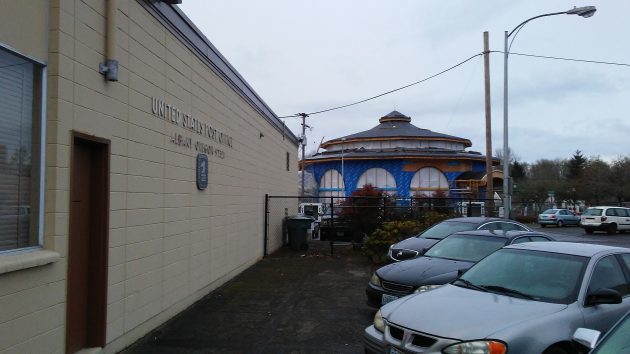 Mayor Sharon Konopa would like the Albany Post Office to find another site in town, but the U.S. Postal Service has no plans to move and says it would find it difficult to do so.

The mayor told the Albany City Council on Jan. 23 she would work this year on exploring a relocation of the post office from the city block it occupies at 525 Second Ave. S.W. As I understood her thinking, once the Albany Carousel brings additional crowds downtown, aggravating the parking situation, the post office might be eager to move.  She has not yet done anything to follow up, but she told me she was impressed by the number of people who let her know they agree that a move would be best.

I looked into what the Postal Service thought of the idea. In a nutshell: Not much.

At the post office, the officer in charge had heard no talk of moving. She had only been in the job for 60 days and referred me to Peter Hass, a press spokesman for the Postal Service.  Hass called me back Tuesday from Phoenix, Ariz., where he handles press inquiries involving the service’s Portland District as well as other states.

The service had not heard from the city, he confirmed. And in any case, establishing a new main post office in Albany would be “very difficult given our financial situation.” Nationwide the service has been running deficits for years and, for fiscal 2015, reported a $5 billion net loss despite an increase in revenue. Hass told me that the service has to add about a million delivery addresses every year, and yet the overall volume of mail is declining.

The Albany Post Office was built in 1963. For may years the office leased the property, but in November 2010 the Postal Service purchased it. The $34,065 purchase price listed in Linn County records was obviously not the market price for the entire site. Probably it was the final payment on a lease-purchase contract.

At the time of the sale, the previous owners — three people with addresses in Florida, Colorado and New Jersey — still owed about $15,000 in property taxes. According to the Linn County Department of Assessment and Taxation, the amount was never paid and is still owed. The county can’t foreclose on the property because it is now tax-exempt. But if the Postal Service moved and sold the property, the tax would have to be paid before the deed could be recorded, even if the purchaser was, like the city, tax-exempt. (hh) 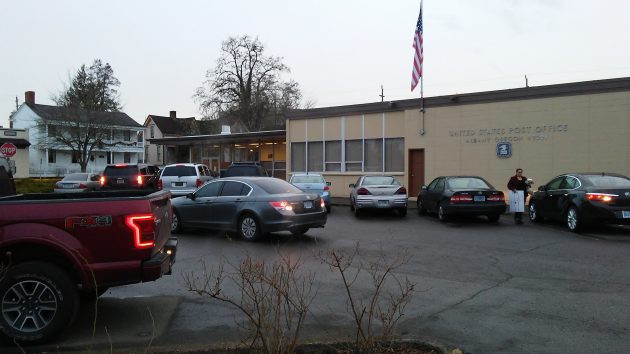 The post office parking lot on Jan. 25. Spaces were hard to find.


9 responses to “Albany PO: No plans to move”