Albany mayor: Down with weeds! 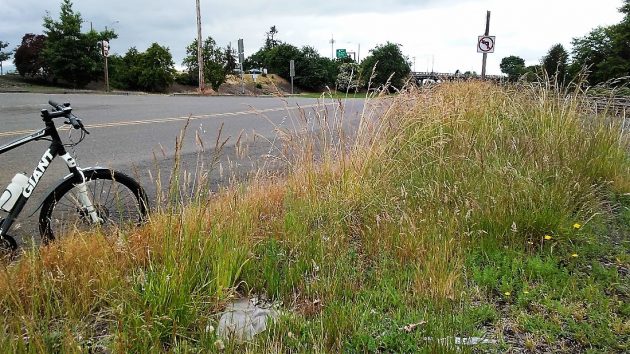 Who’s supposed to take care of this wilderness between Seventh Avenue and the Union Pacific right of way?

The trouble with springtime, as we all know, is weeds. And trying to keep weeds from growing is a battle that cannot be won. But the Albany mayor would like somebody at least to try where city streets are concerned.

Mayor Sharon Konopa raised the subject at the end of the city council’s meeting Wednesday night. She’s worried that Albany will make a bad impression on visitors this summer because of weeds growing along the city’s major streets, especially but not only along the state highways such as Pacific and Santiam and coming off the freeway.

She told the council she asked the staff what it would cost to give the city parks’ mowing contractor the added job of cutting weeds twice a year along some thoroughfares. The sum of $17,000 was mentioned as an estimate.

ODOT does come along now and then with a mowing crew. But this leaves weeds sprouting around obstructions and in the cracks along the curbs. As a result, the mayor said, Albany roads are “blighted with weeds.”

Councilors said it would be worth asking businesses to take care of parking strips along the streets in front of their properties. If people are asked, Councilman Rich Kellum said, they might step up.

Councilman Mike Sykes had another idea: Hire somebody to take care of the problem and send ODOT the bill.

Whether anything comes of this discussion is hard to say. But if the battle against roadside weeds is joined, most veterans of their own backyard campaigns will probably say that without repeated applications of massive amounts of weed-killing chemicals, this looks very much like an endless war. (hh) 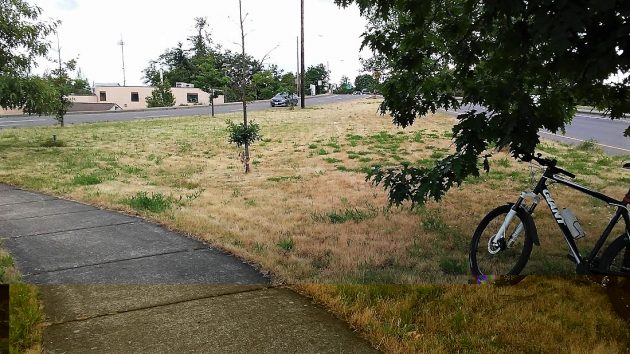 Even though it’s been cut, this island inside the Pacific-Ninth couplet still looks kind of splotchy.


12 responses to “Albany mayor: Down with weeds!”