Albany mayor candidates down to 3 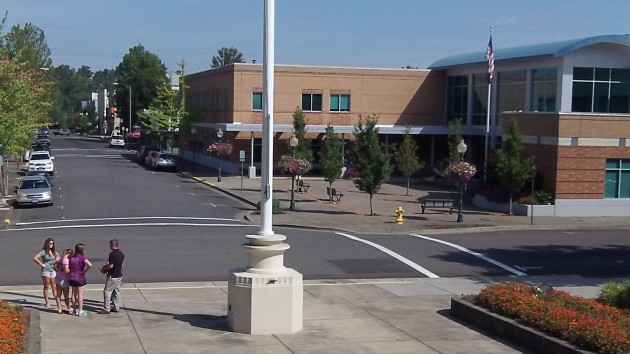 Albany City Hall as seen from the courthouse steps.

One of the candidates trying to challenge Albany Mayor Sharon Konopa turned out to be ineligible, leaving two others on the ballot along with the mayor.

The name of Richard Justice was not on the list of city candidates issued today. Finance Director Stewart Taylor said Justice had not lived the city limits for the required 12 months and withdrew his candidacy earlier today. Justice had listed an address on Fifth Avenue S.E. when he submitted his name before the Aug. 20 filing deadline. But when City Clerk Mary Dibble verified candidates’ information before making their filings official, she could not confirm the address.

Justice had listed his occupation as construction worker. When reached by phone today, said he said he was working and couldn’t talk long. But he said he had previously lived for years off Century Drive but didn’t realize that address was not inside the city.

That leaves Mayor Konopa, serving her third two-year term as mayor, on the ballot along with Charley Smith and Jim Clausen.

There’s no change in the other Albany council candidacies reported here the day after the filing deadline. In Ward I, longtime Councilor Dick Olsen, retired research chemist from the Bureau of Mines, is opposed by gun shop owner Kevin Manske, a member of the central Albany urban renewal advisory committee. In Ward II, the candidates are incumbent Ray Kopczynski, appointed three years ago, and retired audiologist Dr. Larry Martin. In Ward III, Councilor Bessie Johnson has no opposition.

Council terms are for four years; the mayor’s is for two. Council members are paid $110 a month and the mayor $165. (hh)


One response to “Albany mayor candidates down to 3”