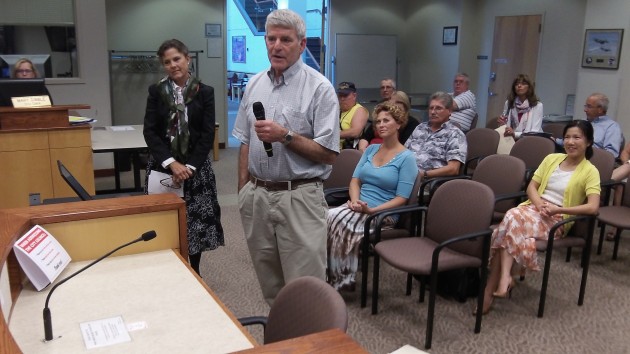 Albany now has a sister-city relationship with Santa Maria Huatulco, a fabulous resort community on the southwest Pacific coast of Mexico. This brings up some thoughts about what’s going on in America’s and Oregon’s relationship with Mexico as a nation as well.

The city council approved the sister-city status with Huatulco on Aug. 13 at the request of Albany physicians Louis Weinstein and Laura Ouellette. The doctors said they had been vacationing there for years and saw great potential for volunteering medical services and training to help the inhabitants.

Nobody on the council asked any questions. For example, why do residents of a seaside resort studded with unbelievably fancy luxury hotels (look ’em up online) need assistance of any kind? Probably because the benefits of spending by well-heeled tourists don’t filter through to them.

In a wider context, something clearly needs to be done to improve the living conditions, including economic opportunity and security, of people in Mexico. Otherwise the problem of illegal migration can never be solved.

Oregon just now is struggling with whether to grant driving permits to illegal immigrants, many of them from Mexico. A referendum on that issue is on the ballot Nov 4. California already adpopted a similar law, though its implementation is awaiting a final decision on the appearance of the licenses. 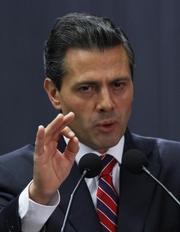 Mexican President Enrique Pena Nieto on Tuesday addressed the legislature in Sacramento, praising California for adopting a series of laws helpful to migrants, including the driving law. He said that those actions showed California was recognizing human dignity regardless of a person’s immigration status, as the Associated Press put it.

How about the government of Mexico doing something nice for an American in return? How about releasing Andrew Tahmooressi, a U.S. Marine reservist and Afghanistan veteran who crossed into Mexico last April — he claims he took a wrong turn by mistake — with three guns in his car and is facing trial on weapons charges. Even more important in the long run, how about rooting out the corruption and cleaning up other problems holding Mexico back?

Nieto says a “major transformation” toward a modern and competitive economy is under way. “After 20 months of democratic reforms among all major political parties,” he wrote in the Sacramento Bee, “my country’s most important reform process culminated with radical changes in areas such as education, telecommunications, economic competition, finance, the tax system, justice, politics and energy.”

It sounds good. We will know that it has worked when as many Americans cross into Mexico for work as Mexicans come north. And we’ll know the reforms have succeeded when Mexican cities offer to send volunteers to provide helpful expertise and advice to American towns. (hh)


One response to “Albany, Huatulco and U.S-Mexico ties”